HomeNewsA look at the numbers: Whole Foods, Natural Grocers and Sprouts
Recent
Latest
Podcast: What brands need to get on shelf at Fresh Thyme Market
May 24, 2022
Natural Habitats releases Palm Positive+, A Reference Guide
May 24, 2022
The Planting Hope Company aims to prove gender equity leads to success
May 23, 2022
4 tips to get ahead of chemical concerns in packaging
May 20, 2022
Trending
Whole Foods' honors 30 companies with 10th annual Supplier Awards
May 18, 2022
Getting ready for 2023: Trends for brands to consider
May 17, 2022
Sponsored Content
The rise of sustainable business – eGuide
Sponsored Content
Natural beauty market trends
Jun 16, 2021
Natural Foods Merchandiser
brought to you by

A look at the numbers: Whole Foods, Natural Grocers and Sprouts 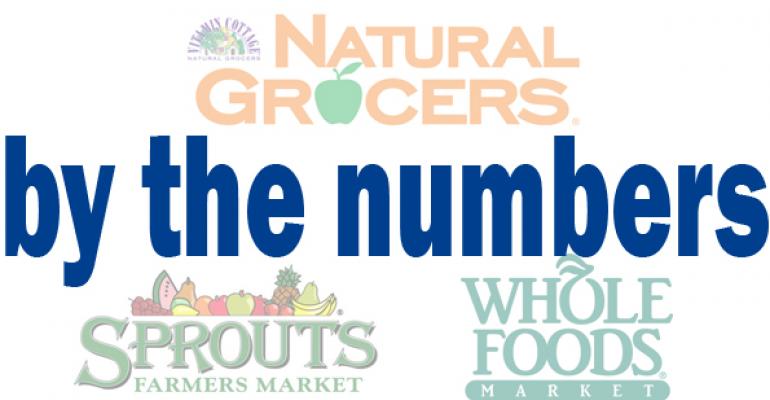 Publicly traded natural retailers have released their earnings reports. Here are some of the highlights. 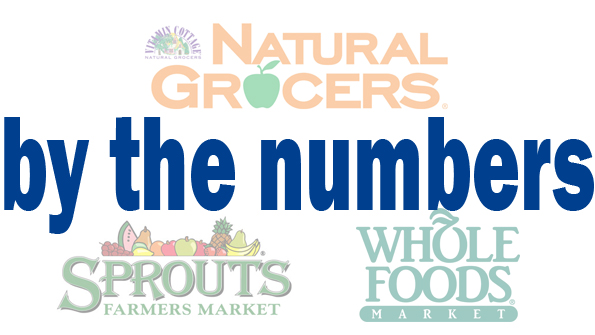 Percentages, growth rates, margins and numbers galore have occupied us here at Natural Foods Merchandiser in recent weeks as we finally put our annual Market Overview edition to bed.

This June issue soon will arrive in your mailbox, with concurrent posting to the web occurring. In it, you will find an intensive look at natural products retailing so that you can understand the whole picture but also benchmark your store against others like yours.

Interestingly, as we worked furiously to get all of these great charts on the page for your examination, two leading publicly traded natural chains released their quarterly numbers and another chain—Sprouts Farmers Market—announced its initial public offering intentions.

Sprouts reports sales of $2 billion in fiscal 2012, representing a 16 percent increase over 2011.

Natural Grocers’ gross profit during the second quarter of fiscal 2013 increased 23.9 percent. Gross margin decreased to 29.9 percent because of a shift in product mix toward products with slightly lower margins, partially offset by purchasing improvements. In addition, occupancy costs as a percentage of sales increased due to more expensive leases.

Whole Foods Market plans to triple its footprint to about 1,000 stores from the current 349, expecting to open three stores in the third quarter and 12 in the fourth. It also has signed 10 leases averaging 37,500 square feet for scheduled openings in fiscal 2014 and later.

Sprouts' leadership believes the U.S. market can support approximately 1,200 Sprouts Farmers Market stores operating under the current format, including 300 in states in which it currently operates. It hopes to achieve 12 percent or more annual new store growth over at least the next five years with 19 openings planned for fiscal 2013 and approximately 20 store openings planned for fiscal 2014.

Natural Grocers: “We continue to experience stability in our comparable store sales, which we believe is a direct reflection of our commitment to affordable pricing, nutrition education and customer service,” Chairman, Director and Co-President Kemper Isely said during the quarterly report call.