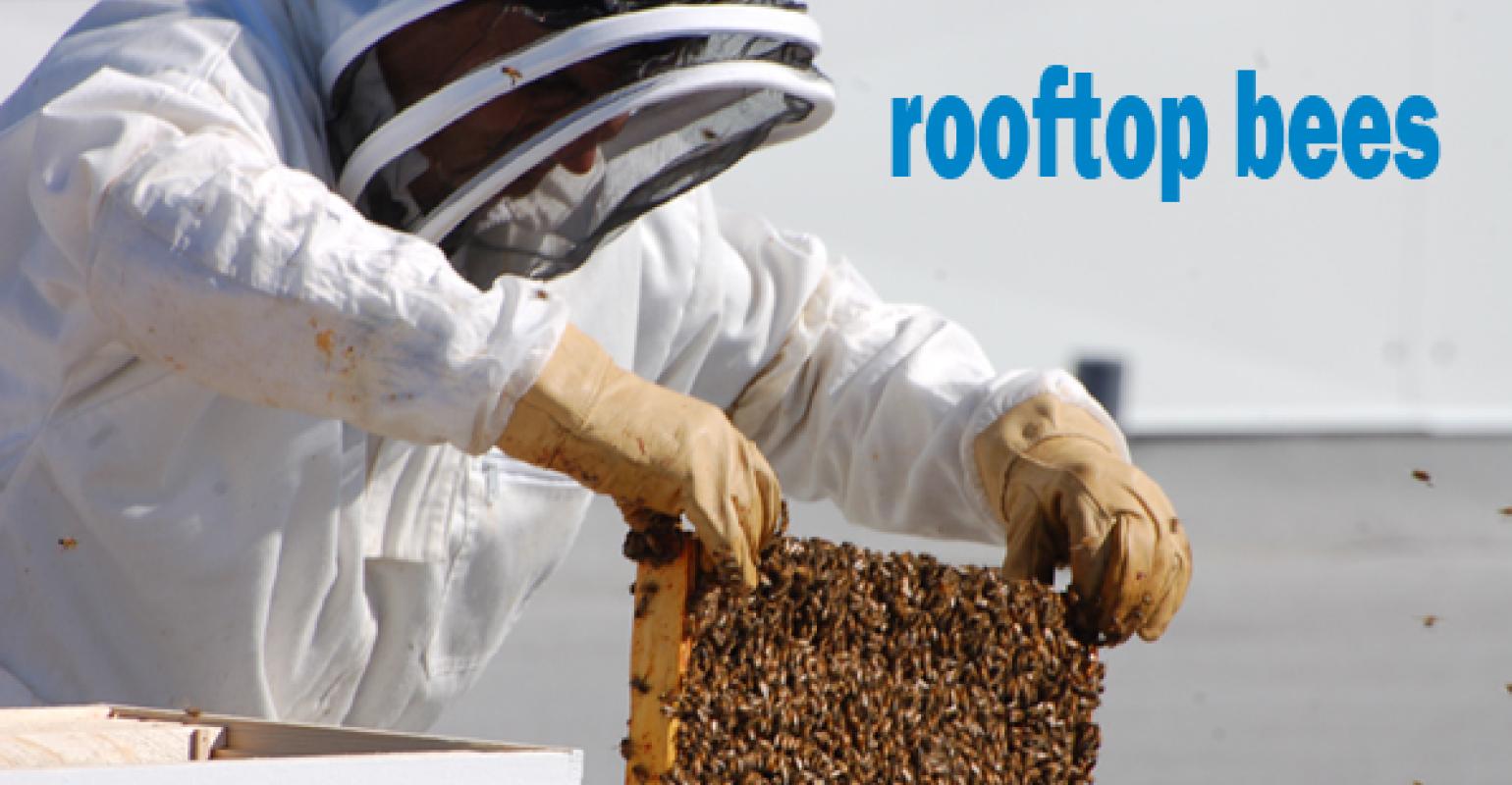 A Portland, Ore., natural foods market partnered with three local organizations to bring beehives to its rooftop. In addition to environmental goals, New Seasons Market hopes to sell the very local honey in its store. 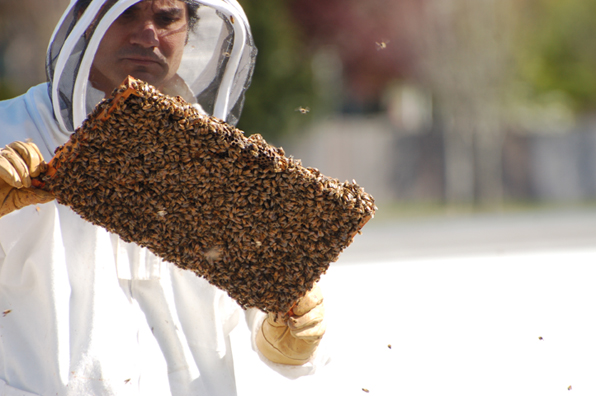 Things are abuzz at New Seasons Market in Portland, Ore. April 22, the activity was on the rooftop as the Portland-based grocer introduced colonies of honeybees to hives placed on the roof of its Happy Valley store.

Aware of the honeybee’s plight and decrease in populations, New Seasons Market wanted to be part of the solution by raising bees and educating customers. This social, well-ordered team of team of 50,000 workers will forage for nectar and pollen, and produce honey, which will eventually be available in stores.

“As a kid, I grew up with bee boxes in my back yard, tending bees and harvesting honey, and many of New Seasons’ staff have worked on farms or their parents were farmers,” said Mark Feuerborn, manager of the Happy Valley New Seasons Market. “The rapid decline of honeybees concerns us all, and it’s a problem for our growers and local gardeners. We want to make sure our favorite foods can still make it to the table, and this gives us new way to support local growers.”

This project is already a team effort: another example of how New Seasons works with local growers. The hives were donated by New Seasons Market’s longtime partner GloryBee. Two nucleus hives, or small established colonies, came from local apiary Foothills Honey in Colton, Ore., and were installed by veteran beekeeper Damian Magista, owner of Bee Local. James Fitzpatrick, a New Seasons Market staff member who works at the Happy Valley store’s “Solutions” counter, is an amateur beekeeper and will work closely with Magista. Through this partnership, Fitzpatrick will earn his master beekeeper certification.

“Bees are gaining popularity in populated areas, which is great because they generally do really well there,” said Magista. “It’s really exciting to see a local business being proactive and making an impact on the honeybee community and the ecosystem.”

Through daily observation and a bee-cam, the New Seasons team will watch the bee boxes closely and, assuming the colonies thrive, will install two additional hives at another store this spring.

Founded in 2000 by three Portland families, today New Seasons Market is proud to be homegrown and locally owned, operating 12 stores in the Portland-Vancouver area. With 2,400 employees, New Seasons is one of the region’s largest private employers, a leader in the grocery industry and a progressive workplace. Recognized as one of the greenest local companies by Oregon Business Magazine, New Seasons Market also gives 10 percent of its after-tax profits back to the community. In 2012, the company partnered with nearly 900 local nonprofits committed to addressing hunger in the community, public education and conservation. Connect with New Seasons Market at facebook.com/NewSeasonsMarket and visit InItForGood.newseasonsmarket.com for more information on its sustainability efforts.