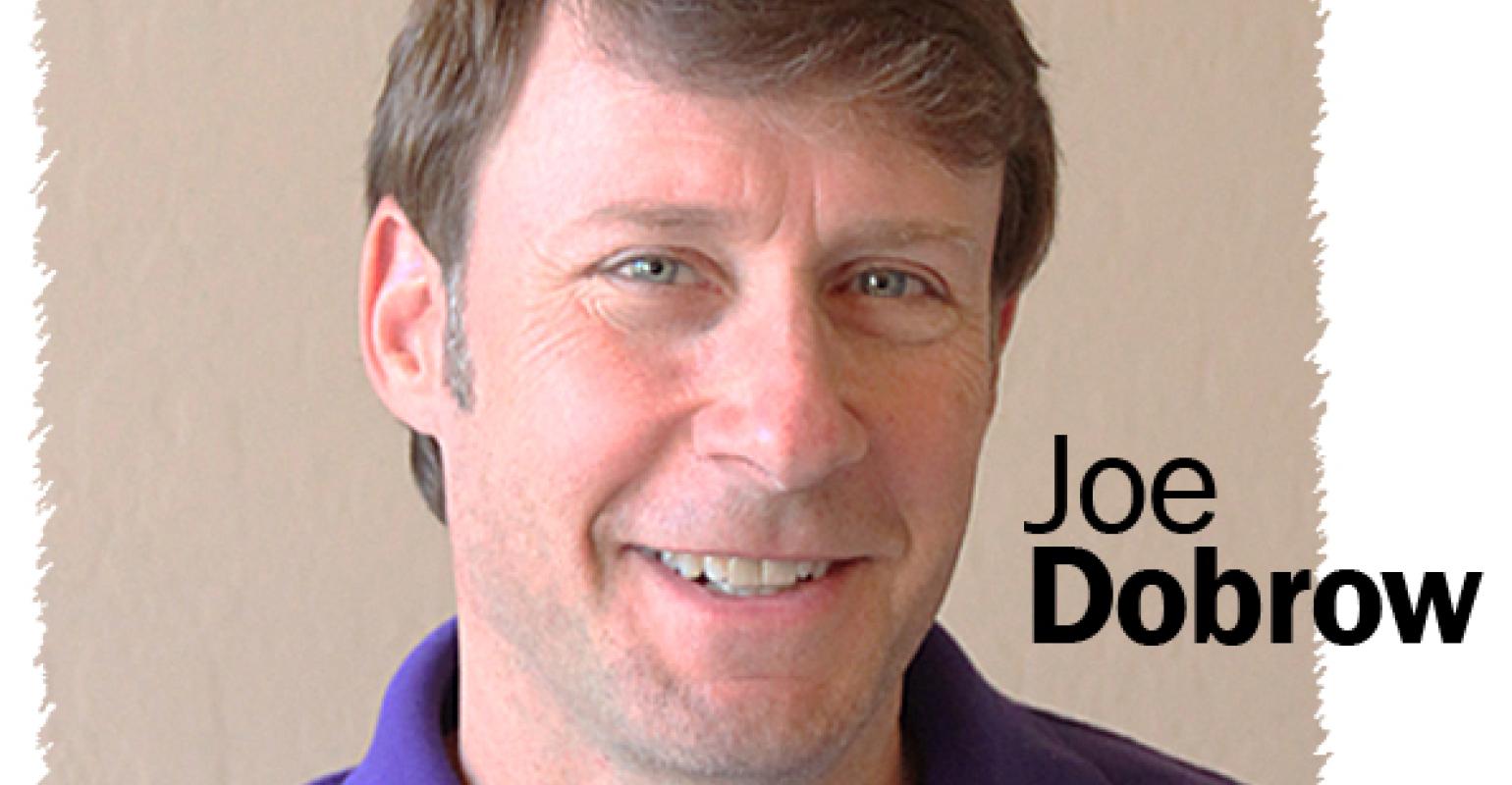 A story of the humble cookie that almost changed America, adapted from the newly released book Natural Prophets by Joe Dobrow (Rodale). 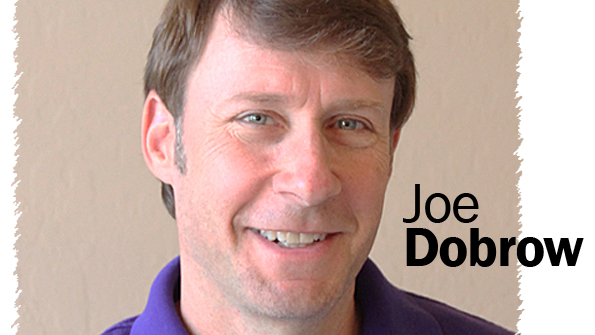 It is hard to think of any consumer product that embodies the down-home wholesomeness of the American Ideal better than the humble cookie. From toll house cookies to cookie swaps, it has always been the baked good with baked-in charm, the confection of affection.

Even after it migrated from the cast iron stove to the commercial bakehouse, the formula for success was pretty much the same: Create a tasty recipe and let it bask in the glow of mythic nostalgia. This was the basic pattern followed by Nabisco with all of its famous cookies, including the Fig Newton (introduced in 1891), the Oreo (1912), the Mallomar (1913), and Nilla Wafers (1967), as well as by other major manufacturers like Keebler and Pepperidge Farm. Ingredients never mattered much (Oreos, for example, included lard in the crème filling from their earliest days until 1993). But home and hearth mattered a lot—as, for example, in the 3-decade-long Pepperidge Farm advertising campaign that featured old-time radio star Parker Fennelly in a straw hat, bow tie, and suspenders, waxing nostalgic in a crusty New England accent about how “Pepperidge Fahm remembuhs.”

And then, suddenly, everything changed when Nabisco introduced SnackWell’s in 1992, upending the category it already dominated. There was nothing old-fashioned about SnackWell’s, but this line of cookies and crackers was made without tropical oils and included several low-fat or fat-free versions—a fact that apparently helped assuage the average American’s guilt over binge snacking. The brand caught fire: six months after its introduction, USA Today ran a story entitled, “No-fat chocolate cookies spark insatiable demand.” Sales hit $490 million in 1995. With supplies short, some fanatical consumers actually chased delivery trucks down the street. SnackWell’s Reduced Fat Crème Sandwich Cookies actually overtook Oreos as the best-selling cookie in the country.

In retrospect, the SnackWell’s phenomenon proved to be more fatuous than virtuous, part of the fat-free fad of the nineties that also brought us the reduced-fat McDonald’s McLean DeLuxe (born 1991, died 1996) and Sara Lee’s short-lived Free and Light frozen desserts (which the New York Times eulogized as “the food-business equivalent of Kevin Costner’s fiasco with the film ‘Waterworld’”). Supermarket sales of SnackWell’s plummeted by 35 percent from 1995 to 1997, and by the following year the formulation was changed to add more fat and flavor.

But what exactly was it that had paved the way for such a disruptive new product? It was the incursion into the conventional supermarkets of a newfangled product from the natural foods world whose “personality” was real rather than a Madison Avenue invention: a healthy cookie—the fruit juice sweetened Frookie, and its creator, Richard Worth.

From fashion to farming

Worth blew into the cookie business in 1987 with all the subtlety of a Nor’easter.

Blame it, perhaps, on his family. His grandfather was a serial entrepreneur who had lost a $2 million fortune in the stock market crash of 1929, but refused to let the world get the best of him. He bounced back to start the first ready-to-wear women’s clothing store in Boston, Worth of Boston. By the time Richard was 11 or 12, his father, Stanley, was running the store, and he would occasionally bring his son along to New York to help select the fashion lines for the next season. The ones Richard picked always sold the best. As did the Hawaiian jewelry he chose. “I would say to people, ‘Do you want to see something special? REALLY special?’ And I would take out a slab of these things. ‘How gorgeous are THESE?’ I could sell shit to anybody!”

Richard Worth went on to earn a degree at Hobart, and spent much of his twenties hopping from one entrepreneurial opportunity to another (selling bread in upstate New York, marketing underground sprinklers in Boston, unloading tuna boats in Canada) in what he now insists, unconvincingly, was all part of a larger plan. Once he even burst into a small real estate office in Calais, Maine, and told them they needed to make him a partner—which they did. (“This is how Worth works,” he said of himself. “He sees no walls; he respects no titles.”) Saying no to Richard Worth has never been easy to do.

In 1975, inspired by what he later told People magazine was “a cosmic desire to live with nature,” he bought a farm in rural New Brunswick, Canada, for $9,500. The notion of Worth—a Jewish kid from Brookline, Massachusetts, who had grown up in the world of women’s fashion, and had grown into a chunky man with a walrus mustache and a smoker’s cough—becoming an organic farmer in Canada might have seemed far-fetched to some. But he was nothing if not resolute, and for several years he raised organic blueberries, turnips, potatoes, and livestock. Yet the farm was generating very little income, so he decided to start a business that had a little more earning potential: manufacturing organic jams, which he named after his farm, Sorrell Ridge.

It wasn’t an especially well-conceived plan. The farm was at the end of a dirt road, across a covered wooden bridge, miles from the nearest neighbor; tractor-trailers had a devil of a time reaching him. The expensive production techniques meant that the product would have to retail for $2.49, much higher than the category leaders like Smucker’s. And there was no real marketing plan, other than the label he slapped on the jars with the tagline, “The fruit and nothing but the fruit.” But through the sheer force of his typhoon-like personality, Richard Worth built Sorrell Ridge into a million-dollar business within two years, and into a $10 million business within five years.

On one occasion he called up the head of marketing at Häagen-Dazs in an effort to set up a deal to get Sorrell Ridge jam included as a topping. “We don’t get involved with anybody else,” Worth was told. “Good,” he said. “What time on Wednesday would you like to talk to me about not getting involved? Ten or eleven?” The meeting happened, and so did the deal.

Itching to take his act to a larger stage, Worth sold Sorrell Ridge in 1983 and set his sights higher: the $4 billion cookie category. “If they love jams without the sugar, they are going to love cookies without the crap!” He experimented with numerous recipes, going through 2,000 pounds of dough, and then in 1987 came out with a fruit-juice-sweetened cookie that he unsurprisingly named after himself: R.W. Frookies. It made $400,000 in profits in just the third month.

Worth’s new company was brilliantly conceived in many regards. The packages were what one writer described as “a weird and compelling ultraviolet contraption.” The wacky product names were spoofs on well-known mainstream brands: Frookwich, Animal Frackers, Froyster Crackers. To finance it, he invested $500,000 of his own money but also sold one-third of the equity in the company to some of his suppliers and distributors to get them to back the products. He targeted conventional supermarkets right from the start—Kroger was his first account—and sidestepped the slotting fees that the big boys were paying by sending most of his product in cardboard “shippers” that lived outside of the aisles.

And then, of course, there was that force of nature called Richard Worth.

“He would just pick up the phone and [cold] call the supermarket buyers,” said Bruce Nierenberg, who was a natural foods broker. “‘I am sending a truck,’ he would say. ‘I know you don’t want it. I am sending it anyway. It’ll be there next week.’ Click. He was passionate, aggressive, brilliant, but manic.”

Distributors often took in his products even if they didn’t want them, because they knew his track record was good, and besides, he would probably just argue with them until he got what he wanted. Worth said that he had more than a dozen people approach him at the Natural Foods Expos and say they didn’t want to talk to him because he was crazy. Instead, they’d say: “Just place an order and ship it, on all your products.”

He posed in a chef’s toque for television ads. In interviews and behind the scenes, he disparaged his competitors (calling Health Valley “Death Valley” and SnackWell’s “SmokeWell’s,” because Nabisco was owned by the tobacco company R.J. Reynolds).

By the ninth month, Worth’s cookies were in more than 50 percent of all supermarkets nationwide, becoming perhaps the most readily adopted natural foods brand in conventional store history. The company did a remarkable $17.5 million in sales in its first year, and was soon featured in the New York Times, Inc. magazine, People magazine, and on ABC’s 20/20, among many others. Worth was interviewed on several TV news programs, including a segment about “self-made millionaires” on CBS This Morning. With his round features, high forehead, prominent mustache, and forceful personality, he greatly resembled the actor Dennis Franz, who was then starring as Detective Andy Sipowicz on NYPD Blue. Worth himself starred in two prominent national TV commercials for Avis, with its Worthy tagline, “We’re trying harder than ever.”

Armed with the energy of the high-minded idealism that had given birth to the industry, but empowered by cutthroat capitalism and a 24-gauge double barrel shotgun of a personality, Richard Worth and R.W. Frookies were the consummate brand of a changing product category and a changed industry. Worth’s original goal of building a $100 million company in five years soon gave way to something even larger and more disruptive—perhaps even hubristic: He intended to buy Keebler, and gradually remove the trans fats and sugar from its products.

And with Frookies riding the crest of the biggest, most sustained sales wave the food industry had perhaps ever seen, it wasn’t that implausible. In April 1994, Frookies pulled off a leveraged buyout of the Delicious Cookie Company, which was three times its size, creating a $65 million business that was larger than all but four other cookie companies in the United States. Worth then began discussions with friends on Wall Street about a potential $500 million buyout of Keebler.

But it was all too good to be true. The marriage with Delicious Cookie quickly went south because of bad purchasing, deal making, and accounting. Frookies sales declined for four straight years. In August 1997, Worth accepted a buyout package that included stock and 5 years of consulting fees. Carl Icahn purchased a 16 percent stake in Delicious Frookies in April 1999 to prop it up temporarily, but the following year, the assets were sold to a subsidiary of Parmalat SpA, the Italian company, which shortly thereafter got involved in financial fraud and money laundering. Frookies disappeared from the shelves forever, almost as quickly as they had appeared.

In the end, the Frookies story turned out to be more nightmare than nostalgia, and Richard Worth more Icarus than Alger’s Ragged Dick. Frookies changed the natural foods industry, along with other popular crossover brands like Earthbound Farm, Odwalla, Horizon, and Organic Valley, and his innovations paved the way for the Snackwell’s phenomenon. It was a disruptive brand, but ultimately, all that Frookies disrupted was the meteoric rise of its indefatigable founder.

Worth would go on to other ventures, and in his life has now notched 11 different businesses on his entrepreneurial bedpost. Today, in his sixties and living in semi-retirement in Asheville, North Carolina, the fire still burns within. He insists that he could still create a new business in four days. And, even though he almost never goes into a natural foods store, he says he has a “third eye” so he knows that the cookie category is mediocre. “If I came back?” he said with a glint. “If I got funded? I’d wreck it. I’d wreck it! I’d be number one within six months!”