HomeNewsVeggie Grill gives fast food a makeover
Recent
Latest
Innovation at Milkadamia is a weekly exercise
May 27, 2022
Sponsored Content
Are there potential carcinogens swimming in your biobased laundry detergent? – article
Rowdy Mermaid disrupts functional beverages with science-based innovation
May 26, 2022
Monitor: Environmental claims confuse consumers—even natural shoppers
May 26, 2022
Trending
Getting ready for 2023: Trends for brands to consider
May 17, 2022
Natural beauty market trends
Jun 16, 2021
Podcast: What brands need to get on shelf at Fresh Thyme Market
May 24, 2022
The Planting Hope Company aims to prove gender equity leads to success
May 23, 2022
Natural Foods Merchandiser
brought to you by 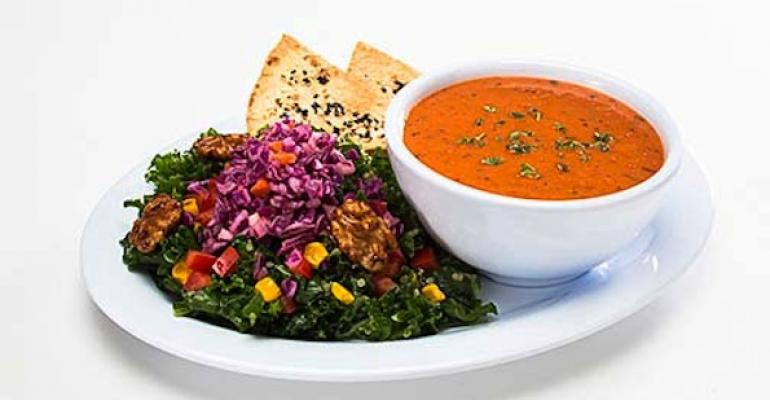 Ray White, chef and founder of the vegetarian fast food chain Veggie Grill, sat down with Organic Connections, the magazine of Natural Vitality, to explain why his concept has grown so successful.

After joining forces with two other like-minded restaurateurs, White launched the Veggie Grill, which now has 13 locations. White plans on expanding to 25 restaurants next year. Veggie Grill offers an all-vegan menu that in some ways resembles a traditional fast food menu.

For example, offerings include better-for-you versions of nachos, sweet potato fries, veggie cheeseburgers and fried “chickin’”. But customers can also order delectable dishes such as kale salads, quinoa pilaf with carrots and onions, and mashed potatoes made with cauliflower and mushroom gravy.

Why is White so passionate about making healthy foods accessible to all? Because he’s experienced the benefits of clean, plant-based eating first hand. “My consciousness started changing; things started changing physically for me as well. I was an asthmatic; I had high cholesterol and blood pressure, and everything just went [away],” White explained in an interview with Organic Connections. “Physically and emotionally it made big changes in my life. I’m half American Indian and my dad is full Indian. His whole side of the family all died very young, and from cholesterol and high blood pressure. So I realized that I could really make a difference.”