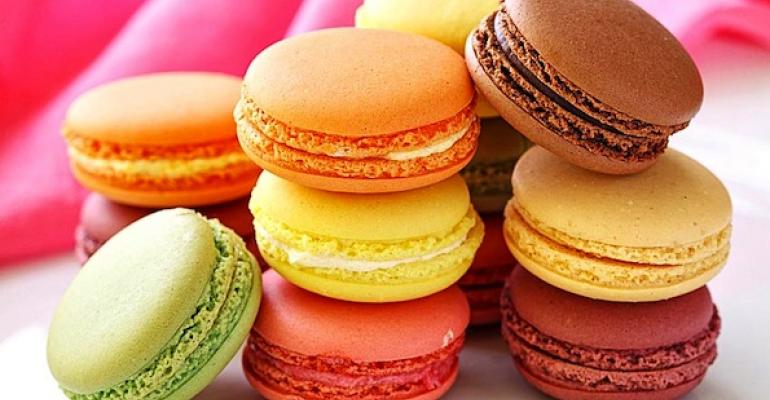 As mass food manufacturers reformulate to remove artificial colors from their products abroad, Organic Connections caught up with food safety advocate Robyn O&#39;Brien to explore why many products in America still contain these dyes&mdash;and the potential health risks.&nbsp;

Right now there is a lot of discussion around the science of food dyes. Do artificial colors contribute to hyperactivity in kids? Are food dyes responsible for ADHD? Is it the government’s job to take these dyes out of our kids’ foods or is it ours?

The fact of the matter is that you are going to get a different answer depending on who you ask. I learned this the hard way when I went to some of our leading pediatric allergists a few years ago to ask about the link between the introduction of GMOs into our food supply and the sudden epidemic we were seeing in the number of American kids with food allergies.

They didn’t like the line of questioning and fired off some pretty aggressive responses. But given my background as a food industry analyst, I quickly learned that financial ties between doctors and agrichemical, food and pharmaceutical corporations can play a pretty important role in what these doctors are willing to say.

So when people get heated up around the science of food dyes, I find myself asking the same questions: Who has funded the research? Is there a financial incentive involved to protect the status quo? And are doctors that are speaking out on this issue in any way affiliated as spokespersons for either the food or pharmaceutical companies that stand to benefit from the continued use of these food dyes in foods?

Since there are usually extensive financial ties between doctors and food and pharmaceutical corporations, it is often helpful to turn to the consumer marketplace and food companies themselves for answers because money talks.

Consumer demand and the Southampton Study

Interestingly, Kraft, Coca Cola and Wal-Mart have already removed these artificial food colors and dyes from the products that they distribute in other countries. They’ve reformulated their product lines in other countries and no longer include these food dyes, and they did it in response to consumer demand and an extraordinary study called the Southampton Study.

The Southampton Study was unusual in that it not only tested an overall number of six dyes (three of them are used in the US (Red 40, Yellow 5, and Yellow 6) and the other three are used in the UK) but also the combination of two ingredients: tartrazine (yellow #5) and sodium benzoate. The study’s designers knew that a child very rarely has occasion to ingest just a synthetic color or just a preservative; rather, a child who is gobbling up multicolored candies is probably taking in several colors and at least one preservative.

What’s amazing is that in the U.K., the federal food safety agency actually funded the Southampton Study that led to even U.S. corporations eliminating synthetic colors and sodium benzoate from their U.K. products.

And in response, a whole host of companies, including the U.K. branches of Wal-Mart, Kraft, Coca Cola and the Mars candy company (who make M&Ms), have voluntarily removed artificial colors, the preservative sodium benzoate, and even aspartame from their products. Particularly those marketed to kids.

When I first learned about this in the spring of 2007, I was stunned. Our American companies had removed these harmful ingredients from their products overseas—but not here?

I found the information discouraging. But then I realized that we aren’t asking our corporations to reinvent the wheel, we are simply asking for them to place the same products on our grocery store shelves that they are selling overseas.

Because Kraft, Coca Cola and Wal-mart are living proof that is possible for giant corporations to make and sell kid-friendly, family-friendly, and healthy processed foods so that we can give our kids some special treats—like the U.K. versions of Starburst and Skittles, for example—without necessarily exposing them to a chemical cocktail that might also give them brain tumors, leukemia or the symptoms of ADHD, as the Center for Science in the Public Interest recently highlighted in their report "Rainbow of Risks."

And it is inspiring (once you get over the initial shock) to see how far the companies have gone and how quickly they acted to remove these dyes from kids’ foods in other countries.

Asda, for example, the U.K. branch of Wal-Mart acted just one week "after details were leaked to the U.K. press of a study by researchers at Southampton University..." They didn’t even wait for the study to be published—that’s how concerned they were about public opinion.

In an article published by the Food and Drink Federation, a website that monitors food issues in Europe, Jess Halliday reported that “Asda [U.K. Wal-Mart] has pledged to remove any artificial colours or flavours from its 9,000 own label products, as well as aspartame, hydrogenated fat, and flavour enhancers such as monosodium glutamate.”

Wow. The Southampton study didn’t even mention those last three items. Why was the U.K. Wal-Mart rushing to make such healthy choices, when the U.S. Wal-Mart still offered the same old stuff? Wal-Mart had even been slapped by a lawsuit from the Ajinomoto, the company that now makes aspartame, which claimed that U.K. Wal-Mart’s publicizing of its aspartame-free products was a kind of defamation—all while U.S. Wal-Mart continued to use the sweetener.

Can you imagine how grateful parents in the U.K. must be when they read this? “[U.K. Wal-Mart] will also meet the Food Standards Agency’s salt-reduction targets–two years ahead of the 2010 deadline,” the article continued.

Isn’t that amazing? Over in the U.K., our American companies rushed to meet government standards two whole years before they even go into effect. It begs the question, why?

According to Asda/U.K. Wal-Mart food trading director Darren Blackhurt, “We know that our customers, particularly those that are mums and dads, are becoming more and more concerned about what’s in the food they buy.” Indeed, the article continues, “consumer awareness of nutrition and food quality in the UK has soared in the last few years. . . ” Accordingly, U.K. Wal-Mart was planning to spend 30 million pounds, or about $50 million, to reformulate its product line, adding that, “in the main, taste will be unaffected.”

What the big brands say

Pretty stunning, right? Clearly learning about this remarkable decision is sure to leave a few American parents a little hyperactive. And if you look at the decision a little more closely, you will discover that Asda/Wal-Mart was far from the only British company to respond to the Southampton Study in such a dramatic way. According to the Food and Drink Federation in the U.K., several companies—whether British-based or British division of American corporations—had started offering their customers color- and additive-free processed foods.

“We are aware of the recent publication from the University of Southampton on selected artificial colours, and we will continue to follow the guidance of regulators on this issue.”—Coca-Cola Great Britain. And in fact, on May 27, 2008, the story broke that Coca Cola was removing sodium benzoate from its products—but only in the U.K.

Kraft Foods U.K. has no products aimed at children that contain the ingredients highlighted in the FSA [Southampton] study. . . . [W]ith our recent Lunchables reformulation in the U.K., we reduced fat and salt, as well as removed artificial colours and flavours. Without compromising quality, taste and food safety, we will continue to see where we can make changes and still meet consumer expectations.—Kraft Foods U.K.

Nestlé UK does not manufacture children’s products that contain any of the additives investigated by the FSA [Southampton] research. . . . and from September 2007, the UK’s favourite kids’ chocolate brand—Milky Bar—is to be made with all natural ingredients.—Nestlé U.K.

We are committed to replacing all artificial colours in our sweets. We note the Southampton University findings, but we had begun this process already because we are continually listening to our customers. —U.K. Cadbury Chocolate division

Every time I read over those quotes, I find them absolutely stunning. Why are companies that operate in the U.K.—including our very own U.S. companies—so eager to take out the artificial colors there and so completely reluctant to do so here? Why are they willing to spend the money to reformulate their products there while refusing even to consider such a change-over here?

Maybe the answer can be found in a BBC report on Asda/U.K. Wal-Mart, “Explaining its decision to halt the use of artificial colours and flavours, Asda said it was acting because ‘mums and dads are becoming more and more concerned about what’s in the food they buy.’” An Asda/U.K. Wal-Mart press release elaborates: “Reformulation was hard work, but it was a labour of love.” Well, why can’t they perform that same labor of love over here? Is it too much to ask for what they have overseas?

After all, we’re not asking them to reinvent the wheel—they’ve already removed these ingredients from their products elsewhere. So why can’t our children get the same protection? Why can’t they serve up the same products to us?

And while the science may be disputed, depending on who is funding the study, as to whether commonly used food dyes such as Yellow 5, Red 40 and 6 others made from petroleum pose a “rainbow of risks” that include hyperactivity in children, cancer (in animal studies), and allergic reactions, because of the problem of hyperactivity, the Center for Science in the Public Interest petitioned the Food and Drug Administration to ban the use of these dyes given that the British government and European Union have taken actions that are virtually ending their use of dyes throughout Europe.

As a proud American, it seems to me that our duty as moms and dads and concerned citizens is pretty clear. We have to get this information out there so that our government and our corporations listen to us, the way that governments and corporations in Europe, Australia, the U.K., Japan, and other developed countries listen to their citizens.

Perhaps it’s time that we value them like our country depends on it.

To take action, please join me and the team at Healthy Child Healthy World by signing a letter to the CEO of Kraft Foods (also a mom!) so that together, we can have the same products on grocery store shelves here in the US! Learn more at robynobrienonline.