Business and community comingle for success at Kimberton Whole Foods 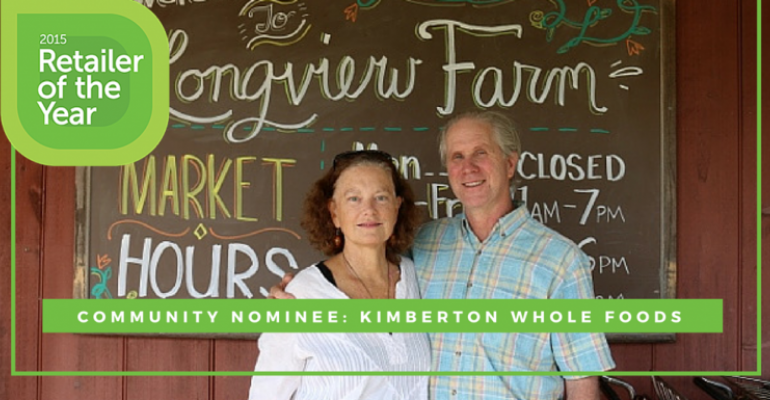 Retailer of the Year Kimberton Whole Foods remains committed to local farms, the roots of its business and greater community. 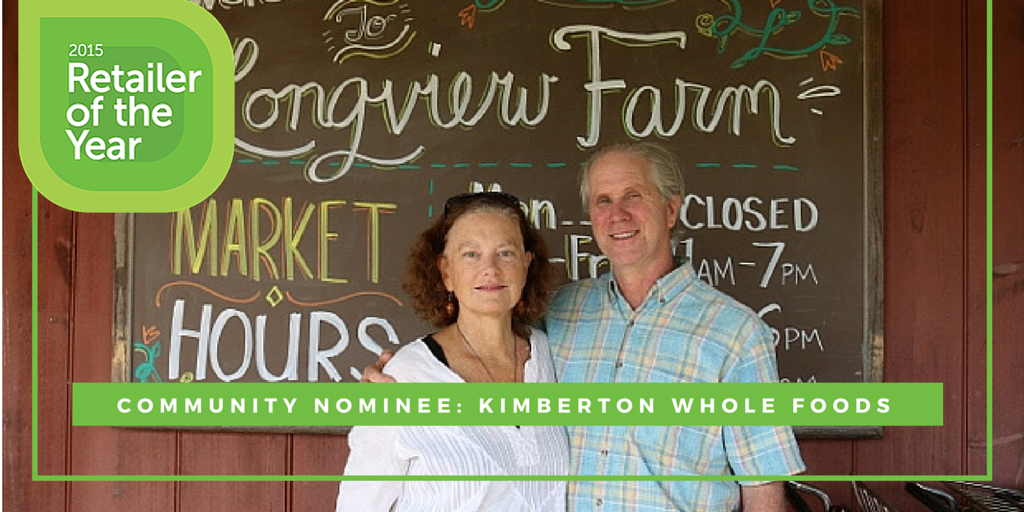 Kimberton Whole Foods started out as the Seven Stars Farm Store on an organic dairy farm near the town of Kimberton, Pennsylvania, in 1986.

These roots intimately connected the store and its founders to farming and community building.

Today, owners Terry and Patricia Brett are known for their acumen in the organic, sustainability and nonprofit communities, growing Kimberton Whole Foods to five locations in 2015, with one more store planned for 2016 and another planned for 2017.

Three ways that Kimberton Whole Foods stands above its peers while strengthening the communities in which it operates:

A new partnership with nonprofit group Greener Partners in Philadelphia. The Greener Partners collaboration gives the Bretts the opportunity to connect communities through food, farms and education, Terry Brett says. Growing produce on the nonprofit’s 100-acre farm will include teaching others about sound farming techniques, increasing public access to freshly grown vegetables and educating people about the origins of the foods they’re eating, he says.

Staying close to the community farming roots. Kimberton Whole Foods currently does business with more than 175 local farmers, producers and vendors—almost all of whom are involved in sustainable agriculture. In 2014, close to 19 percent of gross sales came from local vendors within 150 miles. (The focus is now 100 miles.) “It’s the thing I’m most proud about,” Brett says. “(It’s) our heritage.”

Pennsylvania Association for Sustainable Agriculture. As part of a long commitment, Kimberton additionally signed on as a First Founding Sponsor to help launch PASA's Building the SOIL project. “Our support for PASA over the past 10 years has been our most significant contribution to the communities we serve,” Brett says. “Our mission reflects PASA’s mission to a great degree. We both believe that the foundation of a healthy community is built upon sustainable agriculture.”