HomeNewsCommunity supported seafood: A model for the future?
Recent
Latest
3 reasons natural retailers are inflation-friendly shopping destinations
May 25, 2022
Sponsored Content
Organic agriculture and its impact on ingredients and the planet – webinar
Sponsored Content
The goodness wrapped in a certified organic seal – video
Podcast: What brands need to get on shelf at Fresh Thyme Market
May 24, 2022
Trending
Getting ready for 2023: Trends for brands to consider
May 17, 2022
6 tips to promote consumer understanding of Certified Organic
May 18, 2022
The Planting Hope Company aims to prove gender equity leads to success
May 23, 2022
Natural beauty market trends
Jun 16, 2021
Natural Foods Merchandiser
brought to you by

Community supported seafood: A model for the future? 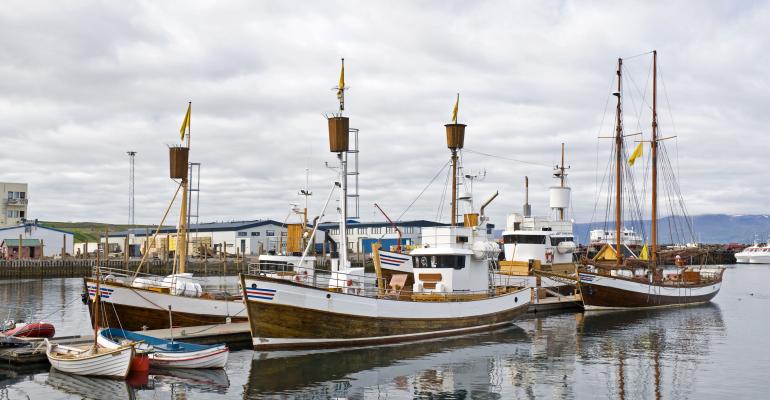 Born out of crisis, a new movement focused on transparency, traceability and local is reconnecting consumers and retailers to their fishermen

By the mid-2000s, reality was hitting hard: The commercial seafood supply and distribution chain was all but broken. Overfishing had depleted fish stocks and, in turn, marine biodiversity. By and large, fish had become a commodity caught in one place, trucked to a processor in another and then sold to stores and restaurants.

In response, federal and state fisheries enacted regulations to ensure more sustainable management, which tightened up catch quotas and technical rules for fishermen. These were necessary moves, but they came with consequences. “Not only did this start eroding fishermen’s capacity to operate, but it also eroded the shoreline infrastructure, so you lost fish houses and processing facilities,” explains Joshua Stoll, a Ph.D. candidate at the University of Maine School of Marine Sciences.

The fishing industry has since spent the last several years clamoring to find a new business model that works. And now, a new strategy that turns the traditional high-volume, low-value approach to fishing on its head seems to be finding traction: community supported fisheries. CSFs aim to do for small-scale local fisherman what community supported agriculture programs have done for local farmers, all the while feeding consumers’ growing hunger for more transparent and traceable food.

Consumers who subscribe to a CSF make an upfront payment for a weekly or biweekly share of fresh, locally harvested seafood that they pick up at a designated dock, farmers market, grocery store or other local outpost. For the purveyors of this seafood, CSFs shrink the chain of custody, allowing them to get more value for their catch by creating a direct link to consumers. They also reduce waste and business risks, because fishermen know roughly how much they need to catch and are able to use the upfront investment to buy necessary supplies for the season.

But a lingering question has been whether consumers would latch onto a model that requires them to pay a higher price for an already-discretionary purchase. Also, would they willingly sacrifice the ability to choose the exact seafood they want? Or leave their dollars at the mercy of the weather and that year’s harvest? Thanks to the growing locavore movement, the answer to these questions has been, at least to some extent, yes.

Just seven years after the nation’s first-known CSF was launched in Port Clyde, Maine, Stoll estimates that there are now 40 to 50 active organizations across the country. He helped start one of those CSFs, Walking Fish, in North Carolina in 2009. And inspired by the feedback and enthusiasm he received from similar groups trying to re-localize seafood in their respective communities, Stoll cofounded the website LocalCatch.org, which maintains a directory of CSFs and aims to cultivate dialogue around local and direct seafood.

Siren Fish Co., one of a handful of CSFs that serves the greater San Francisco Bay Area, delivers fresh, local catch to some 500 subscribers each week. Founder Anna Larsen, a former quality control manager of a fish processing plant, buys only from California fisherman working off the northern coast so she can make sure their catch gets from dock to door without being trucked too far. She also prioritizes working with small-scale operations. “It’s not just about how the fish is being caught but how it’s being processed,” Larsen says. “People are really starting to get concerned about the supply chain.”

There’s a bit of a catch, though. While many CSFs, including Siren, emphasize fishing methods that do no harm, sustainability isn’t built into all CSF models. “Some are very focused on this idea of low impact and avoiding species that aren’t certified in some way,” Stoll says. “Others are focused more on local, making sure fisherman at least follow regulations. There is quite a bit of variability; it doesn’t necessarily translate to sustainable.” But the hope—even for those organizations that don’t emphasize sustainability—is that since consumers who join CSFs usually care about environmental impact, that will incentivize fisherman to maintain or adjust their practices accordingly.

Magna Sundstrom, director of business development for Santa Barbara, Calif.-based Community Seafood, says her CSF looks at sustainability from a very local perspective, whereas well-known sustainability rating systems like the Monterey Bay Aquarium’s Seafood Watch tend to take a more global perspective. “Swordfish is a good example,” she says. “Seafood Watch rates it yellow, [meaning there are some concerns with how this fish is caught], but we know the populations are strong here, so we feel comfortable buying it,” she says. “It’s a very know-your-fisherman style of looking at seafood. We only work with smaller boats, and we are very aware of their method of catch.”

Another challenge for this movement is that any model that hinges on local is tough to scale. “A lot of these groups were started with sheer drive and enthusiasm for contributing to the broader society,” Stoll says. “But running a financially viable organization while also pursuing these broader community-based goals is a challenge.” While a handful of these groups operate as nonprofits, most are structured as co-ops, LLCs or proprietary organizations intended to make a profit. The next step, then, is finding compatible and complementary approaches that allow fishermen to sell more of their products and through different outlets. This is where local businesses come in.

New Hampshire Community Seafood is a co-op CSF owned 80 percent by fishermen and 20 percent by consumer members. It operates a consumer CSF but also a restaurant supported fishery program from May to December, where local-minded restaurants (of which there are increasingly more, notes manager Andrea Tomlinson) pay upfront for a catch of the week that might include Gulf of Maine cod, Atlantic pollock and winter flounder. In addition to purchasing larger shares than consumers would, some of these restaurants also purchase whole fish, rather than just a fillet. “The idea of the whole fish is they can also use the rack for stocks and stews,” Tomlinson says. “So for a real, true fish-to-dish restaurant, this is very cost effective and just takes it a step further.”

A role for retail?

As the CSF movement is still in its infancy, the role of natural and independent retailers has so far been limited—but important. Serving as a drop-off location for a CSF is a win-win for both parties, says Siren Fish Co.’s Larsen. Her retail partners agree.

One of those partners is Davis Food Co-op, a neighborhood grocery store in inland Davis, Calif., that focuses on local and sustainable food. The co-op has a full-service butcher counter but a very small seafood set. So on Tuesdays, Siren subscribers can pick up their weekly shares from the co-op’s meat counter. “Although we lose a little bit in sales because people are coming to pick up their CSF orders rather than buying from our meat counter, they actually walk all the way through our store to get to that counter,” says Julie Cross, Davis’s marketing and education director. “Very rarely do people just pick up their fish and leave. [The sales loss] is more than offset by additional purchases and the fact that some of those people would not have come to the co-op otherwise.”

Serving as a weekly CSF pickup location has added very little burden to Davis Food Co-op and its employees but has expanded the co-op’s social network. For example, Larsen may include a recipe from the store’s website in the CSF newsletter she sends to her network. “It’s been a nice way to build social media connections, and I think it’s something that’s within reach for most natural foods retailers,” Cross says. Larsen also helps educate people on how to handle and prepare fish, in turn making them more comfortable buying it, which could have long-term benefits both the CSF and the retailer.

There’s also an opportunity for partnerships with retailers who don’t sell seafood. Larsen says she works with butcher shops as distribution spots for her CSF. And on the opposite coast, New Hampshire Community Seafood counts two natural foods stores among its drop-off locations, neither of which has a seafood counter of its own.

Some CSFs are also branching out into doing more wholesale business as part of building a portfolio of complementary revenue streams. “When it comes down to scalability and distribution, you’re very limited when you keep to a fresh business,” says Sondstrum of Community Seafood, which has a 48-hour boat-to-table policy. And some consumers, while they may like the idea of the traceability and freshness that comes with a CSF, aren’t willing to give up their ability to choose exactly what to buy. So Community Seafood recently launched a “shore to store” line of fresh frozen black cod, yellowtail and California halibut in about two dozen northern California grocers, most of them small mom-and-pop retailers. “A lot of retail markets are interested in carrying our fresh fish too, so we’re exploring that,” Sondstrum adds.

Siren Fish Co. will also soon begin offering fillets that are frozen and vacuum-packed within 24 hours of being caught—with each pack labeled to show the fisherman who caught it. “Our biggest challenge is going to be getting consumers back to the frozen aisle for seafood,” Larsen says.

Because of the common values and priorities, partnerships between CSFs and retailers quite likely will continue growing. “We definitely prioritize small and cooperative businesses,” Cross says. “So the chance to work with someone who is building a small and really sustainable business is totally aligned with our values.”