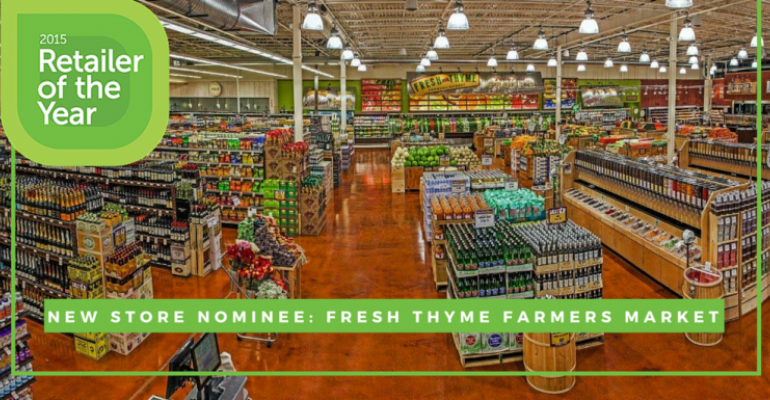 Fresh Thyme Farmers Market format and growth garner it a nomination in the new store category for the Natural Foods Merchandiser, Natural Products Expo East Retailer of the Year awards. 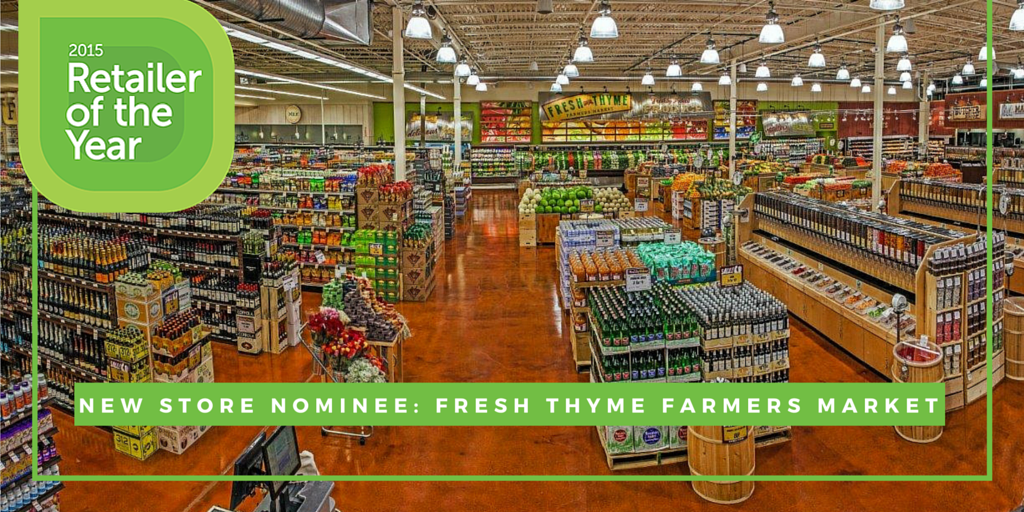 Former Sunflower Farmers Market CEO Chris Sherrell is at it again. Sherrell founded Fresh Thyme Farmers Market with a handful of close business associates in 2012 “to bring natural foods to the masses” in the Midwest, he says. The store headquarters moved to the west Chicago suburbs earlier this year from Arizona.

Fresh Thyme workers have opened 19 stores in three months, and the company is on track to open 150 stores in seven years, Sherrell says. That growth curve is even quicker than the 40 or so Sunflower Farmers Market stores opened in the nine years before the former grocery store chain merged with Sprouts Farmers Market.

Store officials plan to grow in the Midwest. With terms such as, “natural,” “organic” and “perishable” as keys to the farmers market grocery store concept, Fresh Thyme believes its stores will do things better than the rest. “We consider ourselves the gateway to a healthier lifestyle,” Sherrell says. To make Fresh Thyme stores more relevant to today’s busy shoppers, Sherrell says he plans to tweak the growing industry trend toward food-service items in stores, by adding even more flavorful items found in pizza bars, juice bars and salad bars.

Company culture must be nurtured as the chain grows quickly. The grocery store team has now hired 2,000 people in the last 18 months and is still looking for more customer-service focused employees. To nurture company culture, Fresh Thyme focuses on smiles and quickly gives promotions to motivated employees to breed success.

Focusing on the challenge to run new Fresh Thyme stores well and training people so that they want to stay. The grocery store chain’s cadre of former Sunflower employees has the know-how to make that happen, Sherrell says. “So far, so good. It has been a fun, little ride,” Sherrell says.

Certified B Corp retailer focuses on creating community beyond the front door
Sep 09, 2015