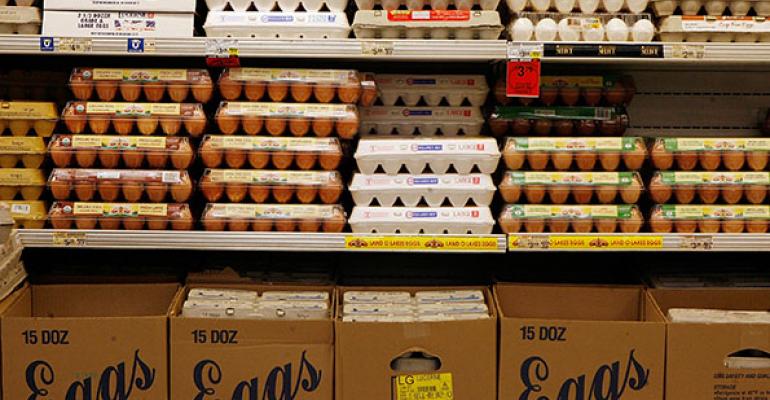 Consumers and medical researchers gradually are favoring food products with more natural unprocessed fats and that are rich in saturated and monounsaturated fats.

The Credit Suisse Research Institute on Tuesday released a report, Fat: The New Health Paradigm, that explores the influence of medical recommendations on fat consumption globally, the recent change in consumer perceptions of fat, and what impact this shift has for investors.

While medical recommendations have long encouraged dramatically reducing consumption of saturated fats and cholesterol and placed no limits on polyunsaturated fats and carbohydrate intake, consumer buying patterns and medical research gradually are moving away from these recommendations to favor food products with more natural unprocessed fats and rich in saturated and monounsaturated fats (organic dairy, grass-fed meats, natural oils, and nuts). Researchers evaluated more than 400 medical research papers and books written by academics and industry experts, and conducted two proprietary surveys of doctors, nutritionists and consumers.

"We found that 40 percent of nutritionists and 70 percent of general practitioners surveyed believe that eating cholesterol-rich foods has damaging cardiovascular effects. This is not true, according to the extensive research that has become available in recent years," said Giles Keating, vice chairman of investment strategy and research, and deputy global chief investment officer for private banking and wealth management. "Furthermore, they have limited knowledge of the potential benefits and risks of increased fat consumption. There is a concerning knowledge gap between the facts on fat and what consumers have been told."

In spite of this, consumer purchasing habits reveal that consumers are making new choices, which presents powerful investment ideas: Global consumption of butter is growing at a rate of 2-4 percent annually; whole milk sales are up 11 percent while skim milk sales are down 14 percent in the US in the last six months; and organic egg consumption in the US is up 21 percent in the last 12 months. The report shows that fat consumption will continue to grow over the next 15 years, with fat accounting for 31 percent of calorie intake by 2030, up from 26 percent now. Saturated fat should account for 13 percent of all calorie intake by 2030, from just above 9 percent now.

"We believe that consumers are at a turning point and this has distinct implications for investors. The report's conclusion is simple: Natural unprocessed fats are healthy and are integral to transforming our society into one that focuses on developing and maintaining healthy individuals," said Stefano Natella, global head of Equity Research and an author of the study.

The report includes additional forecasts for macronutrient and fat-containing food consumption levels by 2030.

Globally, fat consumption per capita is likely to increase 23 percent and protein by 12 percent. Carb consumption will likely decline by 2 percent. Total demand for fat will be much higher — up 43 percent or 1.9 percent a year — given the 16 percent growth in the global population expected over the next 15 years.

Other global predictions include:

In the United States, meat consumption is forecasted to trend higher, with red meat in the lead. Egg consumption should be 350 per year, almost one a day, up from 235 currently. Also, among solvent-extracted oils, a small decline is expected. Soybean oil, including the new high-oleic versions, will continue to be the best-selling. Butter consumption should grow faster, as the market learns the benefits of eating butter and as negative perceptions linked to saturated fats gradually disappear.