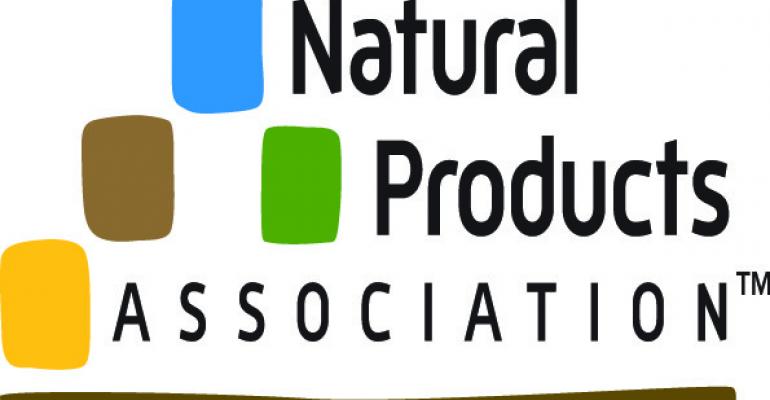 A natural products industry insider turned FDA regulator will return to the helm of the Natural Products Association.
Daniel Fabricant, PhD, will replace CEO and Executive Director John Shaw, who resigned last week, the association reported. The NPA Executive Committee finalized Fabricant's hiring April 6 and informed the board during an April 7 meeting. 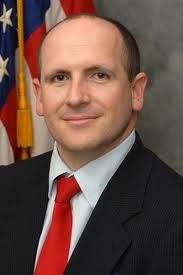 Natural Products Association officials plan to make the announcement to about 100 industry representatives gathered April 8 in Washington, D.C., for the annual Natural Products Day on Capitol Hill.
“We couldn’t be more pleased that Dr. Fabricant will be returning to NPA. His service to this association in the past, coupled with the invaluable experience he has gathered at FDA, make him the perfect choice to lead our association in this era of growth,” NPA President Roxanne Green said via press release. “He knows the industry as well, if not better, than anyone. NPA is committed to ensuring that the public knows what is truly natural, that our members understand the complex rules and regulations governing our industry, and that policymakers get the facts. As the foremost industry expert on natural products and dietary supplement issues, Dr. Fabricant will help us achieve those goals.”
Fabricant spent five years with the association as vice president of Global Government and Scientific Affairs, including one as interim CEO and executive director. The board reportedly bypassed him to hire John Gay in late 2009. Gay stayed two years, and the board then left the position vacant for about six months before filling it with Shaw in June 2012. An association and lobby leader, Shaw showed promise of raising the Natural Product Association's legislative voice but his lack of natural products industry experience proved to be a disadvantage for the association. Last fall, the NPA's members nixed a move to open NPA membership to large retailers and e-tailers.
The spate of changes followed the nine-year management run of David Seckman.
Fabricant left the Natural Products Association in 2011 after accepting a job with the U.S. Food and Drug Administration, where he has served as the director of the Division of Dietary Supplement Programs.
"We are sorry to see Dan leave the FDA, where he has been a robust and effective voice for increased enforcement against the fringe players and those companies that ignore the law," said Steve Mister, president and CEO for the Council for Responsible Nutrition. "However, we are pleased to welcome him back to the industry and we look forward to future collaborations between CRN and NPA.”
Michael McGuffin, president of the American Herbal Products Assocation, echoed Mister's statement. "I welcome Dr. Fabricant as NPA's CEO and look forward to working with him," McGuffin said. "And I wish John Shaw the best in his future endeavors."
Fabricant, who was not scheduled to be at the announcement, said via release, "NPA is the leading association in the industry, and my top priority is ensuring NPA remains the premiere organization for advocacy and regulatory engagement. NPA is made up of leaders, and we are going to dedicate ourselves to strengthening that leadership position through hard work and membership growth. Now is the time to take our productivity to the next level, and that is precisely what we will do,” said Fabricant.
Fabricant's experience with the NPA will bring value to the association, said Loren Israelsen, president of the United Natural Products Alliance. "Dan knows NPA very well and he knows the industry well."
While at NPA previously, Fabricant was active in creating the association's natural seal and supplement GMP program.
NPA's Cara Welch left the association earlier this year to join the FDA.

Daniel Fabricant’s tenure at FDA was marked by a number of bruising encounters with the industry he was appointed to regulate. As the saying goes, regulators regulate. And Fabricant may have been tough on supplements: He told the Nutrition Business Journal earlier this year, "We are taking a much more assertive approach when it comes to dietary supplements at the agency" and trumpeted moves like the destruction of $30 million worth of DMAA and OxyElite Pro last year as proof that FDA was making use of all the tools GMP regulations and FSMA dropped into their toolbox.

But for those who will cry “revolving door,” Fabricant’s term was a departure from the usual revolving door between industry and regulated industries. In many cases the industry that has their man installed to run the regulatory apparatus sees its fortunes lifted as the new regulator hands the industry gifts it had long sought. However, Fabricant turned that calculus on its head by aggressively holding the industry’s feet to the fire.

Not that it wasn’t needed in some cases. For example, the Food Safety Modernization Act of 2011 brought GMPs to the supplements industry, and it has a woeful 30 percent compliance rate (pharmaceutical drug companies are up around 60 percent compliance, and foods are close to 75 percent). For the so-called responsible supplements industry, GMPs were generally met and this measure of quality production helped those elite companies differentiate in the marketplace.

But in the instance of New Dietary Ingredients (NDI) rule-making of 2011, the FDA guidance draft was met with universal derision from the supplements industry, recalling the days of the 1970s pre-Proxmire Amendment, when the FDA sought to limit the potency of supplements. The NDI guidance document seemed to the supplements industry as a potential rule that was written by a vociferously anti-supplement FDA and not one that, on the surface, was headed by a former supplement industry insider. Industry heavyweight Senator Orrin Hatch (R-UT) had to step in and get the FDA to stand down. The NDI draft is still in draft form.

As for Fabricant’s return to NPA, the trade group experienced tremendous retail membership growth under the 2000-09 tenure of David Seckman, and had a strong legislative and regulatory advocate in Seckman’s predecessor, Michael Ford, who was there in the political run-up to the passage of the landmark DSHEA legislation of 1994 that liberated the supplements industry to innovate and market their products.

But the startup two years ago of the Independent Natural Foods Retailers Association, which now boasts some 300 members, may have been an indicator that the NPA had to some extent taken its eyes off the retailer audience. Fabricant’s experience at FDA will doubtless be a boon to the NPA on issues germane to regulations. His engagement with the retail part of NPA’s membership ought to keep Fabricant focused on different issues than those he led at the regulatory agency.