HomeNewsHigh-protein foods to drive global market through 2020, according to Technavio
Recent
Latest
Innovation at Milkadamia is a weekly exercise
May 27, 2022
Sponsored Content
Are there potential carcinogens swimming in your biobased laundry detergent? – article
Rowdy Mermaid disrupts functional beverages with science-based innovation
May 26, 2022
Monitor: Environmental claims confuse consumers—even natural shoppers
May 26, 2022
Trending
Getting ready for 2023: Trends for brands to consider
May 17, 2022
Sponsored Content
Exploring the CBD gummy revolution – article
Sponsored Content
Natural beauty market trends
Jun 16, 2021
Sponsored Content
Podcast: What brands need to get on shelf at Fresh Thyme Market
May 24, 2022

High-protein foods to drive global market through 2020, according to Technavio 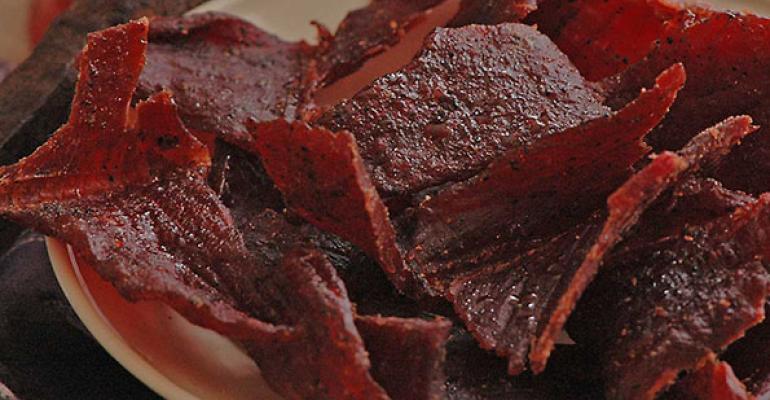 Sales of high-protein foods such as meat snacks, fish and seafood are expected to continually rise through 2020, according to researchers at Technavio.

Sales growth of high-protein foods — including halal food, meat snacks, fresh fish and seafood — is expected to continue through the next four years, according to Technavio research analysts.

The European market for halal food is expected to increase at a compound annual growth rate of around 14 percent during the forecast period. The recent rise in the demand for healthy and fresh food among the non-Muslim population will aid in this growth.

Furthermore, with the introduction and the high popularity of halal processed foods such as ravioli and lasagna, analysts estimated the demand for processed halal food will rise steadily, according to Technavio.

Meat snacks, according to the researchers, will be the second-most sought-after food. The global meat snacks market is expected to grow steadily at a CAGR of approximately 10 percent. The introduction of new products and flavors is the primary growth driver of this market. Manufacturers are coming up with meat snacks in new and spicy flavors such as teriyaki, jalapeno and habañero.

“Apart from major regions such as the U.S. and South Africa, most of the markets have not yet matured, and this provides a significant opportunity for companies to tap into the potential of the market,” says Vijay Sarathi, a lead analyst at Technavio.

Recently, consumers have been significantly shifting toward fresh seafood, an excellent source of protein. Prospects for growth in this market will be affected by factors such as the widespread availability of different fish species, increasing population, growing health consciousness and rising disposable income. Consumers' increasing preference for food products that are rich in proteins and other nutrients — coupled with the populace’s growing concerns about processed fish and seafood, and additives used in those foods — will bolster the market's prospects.

Technavio’s analysts estimate that factors such as fish and seafood's high nutritional value and health benefits will impel market growth through 2020. Seafood contains substantial amounts of protein, minerals and vitamins. Providing such essential nutrients to infants and children, and serving as a rich source of minerals such selenium, zinc, iodine and iron will continue to attract consumers.