Most Americans take — and trust — supplements 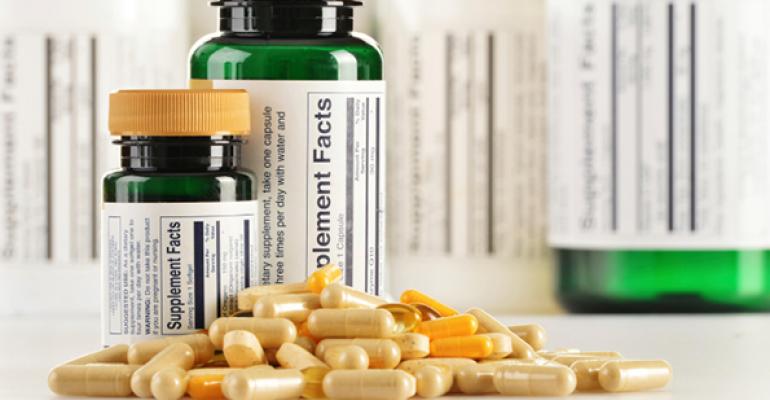 The Council for Responsible Nutrition&#39;s 2015 supplement survey found wide use and trust of supplements. Here&#39;s a look at who is taking supplements and what they are taking.

The majority of U.S. adults — 68 percent — take dietary supplements and consumer confidence remains high, with 84 percent of U.S. adults expressing overall confidence in the safety, quality and effectiveness of dietary supplements, according to the results of the newest survey commissioned by the Council for Responsible Nutrition (CRN). The 2015 CRN Consumer Survey on Dietary Supplements, conducted by Ipsos Public Affairs, found that when it comes to safety and effectiveness of specific dietary supplement categories, Americans have the most confidence in the “Vitamins & Minerals” category (85 percent).

Also consistent with years past is the popularity of the multivitamin, which has the highest percentage of usage among supplement users, both male (79 percent) and female (77 percent), followed by vitamin D, vitamin C and calcium, three nutrients that government reports have identified as shortfall nutrients.

The 2015 CRN Consumer Survey on Dietary Supplements was conducted Aug. 20–24 by Ipsos Public Affairs and was funded by CRN. The survey was conducted online in English and included a national sample of 2,016 adults aged 18 and older from Ipsos’ U.S. online panel.  The survey has been conducted annually since 2000. The source of these population targets is U.S. Census 2014 American Community Survey data. The sample drawn for this study reflects fixed sample targets on demographics. The precision of Ipsos online polls is measured using a credibility interval. In this case, the poll has a credibility interval of plus or minus 2.2 percentage points for all respondents (see Ipsos’ online polling methodology for more info).