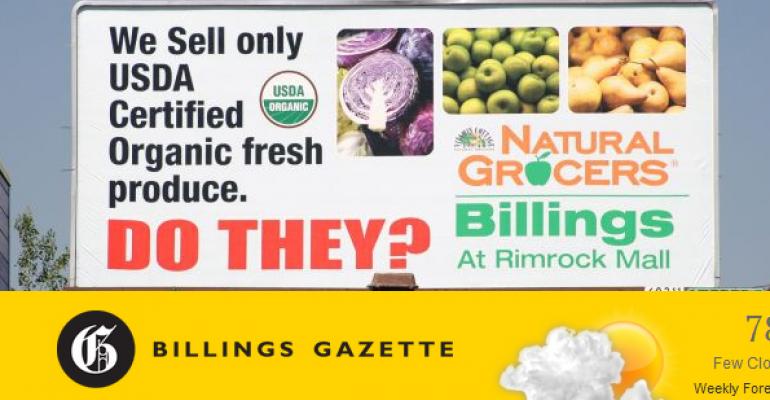 Natural grocery competition is getting heated in Montana. Is this a sign of a more competitive national landscape in the future? 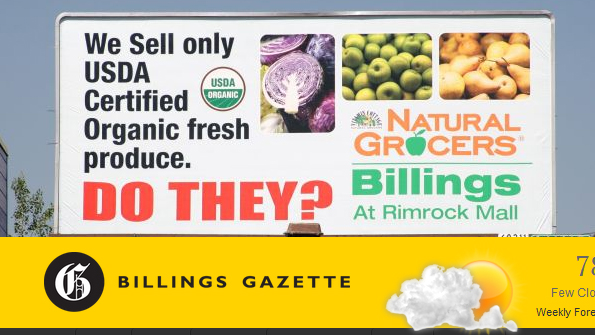 The Billings Gazette reported about what seems to have become a heated natural grocery war in Montana this week, writing:

Natural Grocers by Vitamin Cottage has put a billboard across the street from Lucky’s on Grand Avenue questioning the new grocer’s organic street cred. It reads: “We sell only USDA certified organic fresh produce. Do they?”

“There is a lot of confusion in the marketplace regarding organic products, natural products and what the difference is… We are focused on providing sound, documented product information so our shoppers can make their own educated choices,” Natural Grocers spokeswoman Nancy Flynn said in a written statement.

Natural Foods Merchandiser has followed the increased natural and organic grocery competition in recent years and examined it in the 2014 Market Overview. Thirty-three percent of natural retailers said a competitor opened in their market in 2013.

Competition has appeared amicable even as independents have expressed frustration.

Will the tone change this year?

Do you display competition-beating creativity?
May 01, 2014