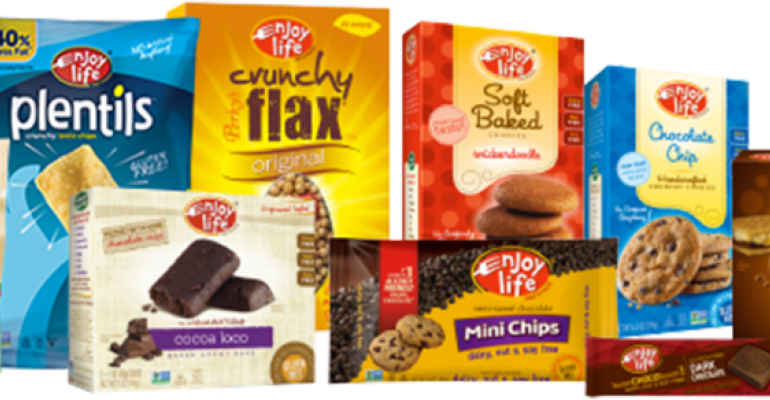 Much like Annie’s, Honest Tea and, most recently, KRAVE Jerky, Enjoy Life Foods, which makes a line of snack products with nutrient-rich, non-GMO ingredients and free of the eight most common allergens in the U.S., will join a family of brands unarguably positioned on the opposite end of its segment. Mondelez brought in $34 billion in revenues last year from brands including Cadbury, Chips Ahoy!, Oreos and Tang.

But the deal was appealing, Warady explained, because it’s structured in a way that gives Enjoy Life Foods the freedom to continue doing what it’s been doi 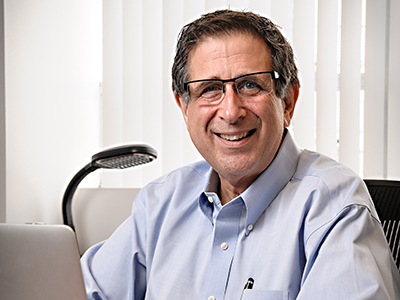 ng for more than a decade, as a standalone company wholly owned by Mondelez. The employees will stay, the company’s leadership (including Warady and CEO Scott Mandell) will remain in place and its facilities in the Chicago suburbs will not be moved. What will change is that the company will have more resources to innovate when it needs them, which will mean more new products coming to market faster, as well as growing distribution.

Enjoy Life has experienced three consecutive years of 40 percent growth without taking private equity funding. It was growing as fast as it could, but given the height of consumer demand for healthier snack options, the leadership thought it could grow much faster and began looking for a partner to help it do so.

“We weren’t in a hurry,” Warady said. “We took our time until we found a company that got what we were doing and would allow us to continue to do it how we do it.”

And that’s critical, because the co-founders built their company on consumer and retailer trust.

“When we started this company 13 years ago and decided to have all of our products be free from the eight most common allergens, no one knew what we were talking about,” Warady said. “Retailers looked at us as if we had landed from Mars.”

Through research and education, they eventually won over some initial independent natural retailers. Today, their retail distribution has grown to include 35,000 stores in both the natural and conventional channels.

“We have 41 products available, but conventionals are going to carry just a handful of those,” Warady said. “We see the conventional channel as a great way to introduce our brand to those consumers who will eventually shop at a natural store. They’ll be introduced to our brand in the conventional chains, but then they’ll want to know what else we have, so they’ll visit our website and use the robust store locator that will steer them to the independent store that carries what they want.”

Under the Mondelez umbrella, Enjoy Life will continue to innovate within the snack category and work to make its existing products taste even better. But it will also debut some new products at Natural Products Expo West that fall into a completely different category.

And, with access to more resources, it will be able to put more oomph behind its international expansion, which to this point has been limited to a few select countries and carried out “very conservatively,” Warady said. Parts of the UK, Australia and Asia, where consumer demand has been high, are at the top of the list, he added.

A key part of this growth will be staying in close communication with consumers. Warady and Mandell posted a thank you letter on the Enjoy Life Foods website Monday that includes their emails and phone numbers. Warady also has been addressing concerns on the company's Facebook page.

“This business grew based on trust between one family and Enjoy Life, and that will not change," Warady said. "We love our retailers and we love our distributors, but at the end of the day, if the consumers trust the brand, they’re going to buy the brand.”