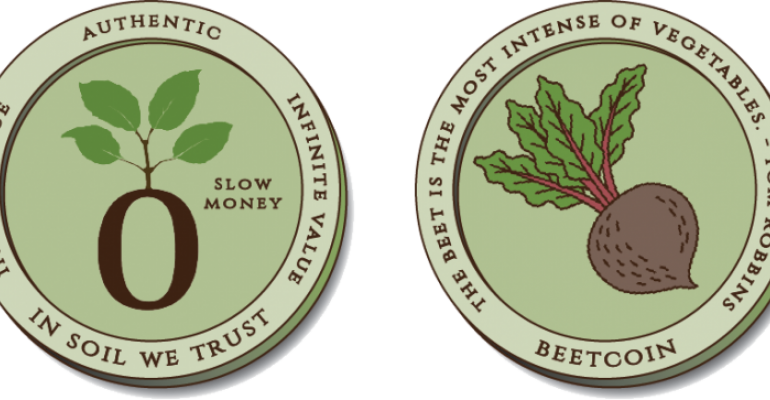 The future of Slow Money&#39;s Beetcoin project, which gives loans to sustainable-food initiatives, is still an open question. But its first winners are off to a good start.

When Slow Money launched its first Beetcoin initiative last fall, the team had no idea just how successful it would be.

It was really just a twist on the increasingly-popular concept of crowdfunding. With Beetcoin, various sustainable-food initiatives were competing for the funds, and contributors could pledge $25 to get a "beet coin" that entitled them to vote for the group of their choice to receive funding, which came in the form of a loan.

There was not only a first-choice winner—Bauman's Cedar Valley Farms in Garnett, Kansas with a $60,000 loan—but the campaign raised so much money that it had sufficient funds to award loans of $20,000 each to two runners-up as well.

Michael Bartner, vice president of Slow Money, said that's enough for the organization to label it a success and remain committed to Beetcoin’s future. What that will look like exactly, though, is still an open question. Slow Money just hired a new managing director, part of whose job will be to help shape the path of Beetcoin in the months ahead.

In the meantime, to gauge the potential impact of the initiative on beneficiary organizations, NewHope360 checked in with some of the first Beetcoin campaign's loan recipients.

For Rosanna Bauman of Bauman's Cedar Valley Farms, that $60,000 loan has enabled her to take on a project that was nothing but a dream of hers for 10 years, and it's already been more successful than she'd ever imagined. The idea? A hub for GMO-free animal feed.

Bauman’s Cedar Valley Farms, which owns 160 acres and oversees or farms on even more, includes grass-fed beef and pasture-based poultry operations, and Bauman says she grows enough grain to supply her own animals. But her vision was to be able to expand the market for non-GMO animal feed, and as soon as she opened the door for suppliers, they came knocking.

"I'm having neighboring farmers from the surrounding four counties, and all across Kansas, say, 'I want to grow non-GMO grains. Will you buy them from me, or will you help me sell them, or will you help teach us how to raise it—and how soon can I get a GMO-free grain elevator in my area?'" she said. "That was astounding for me, because this is Kansas, and it's been something that hasn't been an option.”

She added, “I did not expect so many people to be ready for a change."

It's a pleasant surprise, of course—to know that what had been her dream is also something that others in her community want as well, so she's fulfilling demand both in terms of what producers want to produce and what consumers want to buy. "A lot of farmers haven't been able to access it to feed to their animals, or grow it and sell it, because you have to keep it separate and there's been no dedicated grain storage facilities. So that's a big part of what we're doing is dedicating some grain storage facilities,” she said, adding that they’re already running out of space. “We're having to tell people no—but we're trying to grow."

Connecting supply and demand is a key challenge for Bauman right now, but she seems up to the task, and it's going well so far. The $60,000 has been spent or allocated toward buying the equipment and supplies needed to store and process all of this grain into feed for the upcoming season, and she plans to have the loan repaid by the time it's due in three years.

Suzan Ezrem, president of the Sustainable Iowa Land Trust, one of the Beetcoin runners-up, said the loan helped her quickly attract other donors to her cause—to get an organization off the ground with a mission of protecting Iowa's land in order to grow healthy food. They work, for example, with developers to integrate small farms into the planning process, and establish land trust farms to help farmers learn and implement sustainable practices.

All in all, said Bartner, it's clear that Beetcoin is off to a good start. The question now isn't whether this new approach to sustainable food and crowd-funding will continue, but who it will help next.