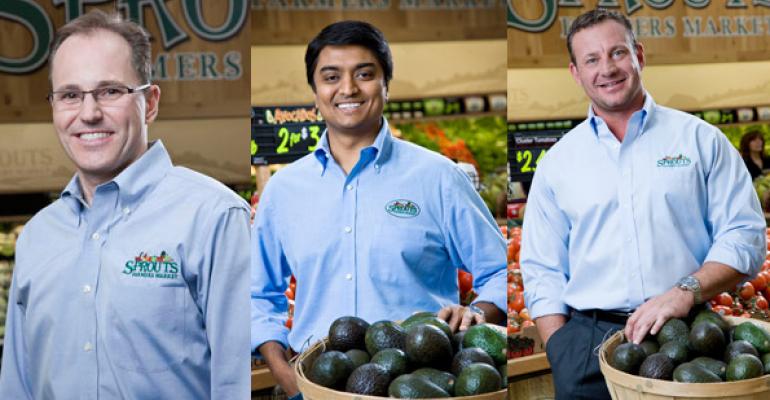 Sprouts Farmers Market CEO Doug Sanders is passing the baton to Amin Maredia, the company’s chief financial officer, as part of the board of directors’ succession plan, the company announced during its second-quarter earnings call Aug. 6.

Sanders, who also served as company president, will transition to the position of executive chairman of the board of directors. Jim Nielsen, Sprouts’ chief operating officer, will assume Sanders’ position as president.

In addition to the leadership changes, Sprouts executives reported second-quarter sales of $902.2 million—a 21 percent uptick from the second quarter of last year. Adjusted diluted earnings per share came out to $.22, in line with analysts’ expectations.

Sanders partly attributed an accelerated rate of comparable store sales growth (5.1 percent) to strong starts for many of the 22 new stores opened so far this year. Nielsen added that items per basket are at their highest level in two years.

Ongoing initiatives to grow customer engagement and sales for the retailer include a test of expanded deli offerings in certain markets and the pursuit of product innovation through its private label.

“In this year alone, we’ve introduce more than 115 new private label items and continue to view this as an important growth category for the long term,” Sanders said. “Our comp and sales growth for private label exceeded the company average for the quarter.”