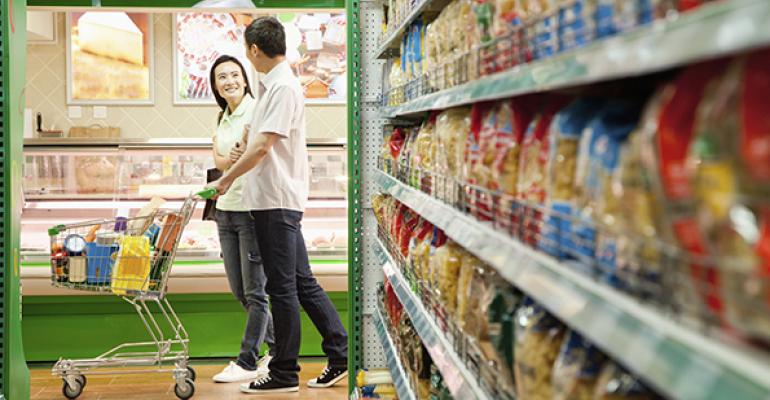 Study finds high-priced foods contribute more to obesity concerns than accessibility alone. Does this change the focus on food deserts?

Efforts to fight obesity in the U.S. have often tried to target and eliminate "food deserts"—neighborhoods in which residents have no nearby grocery stores or other access to fresh foods. If people could only buy healthy, wholesome food down the street and didn't have to commute to do so, the logic goes, then they would eat—and be—healthier.

A 2014 report from the RAND Corporation, however, calls this entire premise into question. The study found that the price of foods inside the store is actually a better predictor of obesity than distance to a store: The lower the prices, the greater the risk of obesity.

It turns out that low-income shoppers are often willing (particularly if they have access to a car) to travel to a store to shop and will travel further than they might need to in order to get to a low price (often at a big-box) store such as Walmart or Costco. The report surveyed a selection of low- and high-price stores, and while the low-price stores tend to offer fruits and vegetables at roughly the same prices as the high-price stores, their junk foods are also cheaper.

Crucially, the report notes that junk food is also displayed more prominently and promoted more heavily at these stores. The healthier foods, meanwhile, might take a little work to find. And that’s the underlying problem: low-price stores have little incentive to promote healthy foods, but they do have incentive to promote junk food—and it works.

"The food industry—so Kraft Foods, Coca Cola, the big food groups—buy shelf space. The grocery store is real estate for these companies," said Tamara Dubowitz, one of the authors of the RAND report. "So unless there are regulations put forward on that, it seems like it might be difficult for these stores to make more money from promoting healthy foods than promoting unhealthy foods."

"The biggest difference seemed really to be in the displays—what you saw when you walked in the door, how many healthy food items versus junk food items that were displayed," said Bonnie Ghosh-Dastidar, also an author of the report.

Dubowitz added a message on food deserts that she hopes people will take away from the report: "More thought needs to go into whether there could and should be guidelines or regulations that come along with incentivizing full-service grocery stores to locate in low-income neighborhoods."

Not surprisingly, natural foods stores scored home runs in terms of carrying, displaying and promoting healthy foods. Where the sector might be falling short is in its efforts to attract low-income customers.

“When we're talking about low-income urban food deserts, and residents who live within food deserts, I would pretty confidently say that there is a level of sort of discomfort that residents might feel when they imagine themselves shopping in one of these higher priced stores,” said Dubowitz. “That's a difficult barrier to overcome, I think. But I don't think it's one that the natural food industry can't tackle head on.”

Address accessibility in your neighborhood
Oct 02, 2014