HomeNewsSurvey: Consumers have strict local definition
Recent
Latest
Innovation at Milkadamia is a weekly exercise
May 27, 2022
Sponsored Content
Are there potential carcinogens swimming in your biobased laundry detergent? – article
Rowdy Mermaid disrupts functional beverages with science-based innovation
May 26, 2022
Monitor: Environmental claims confuse consumers—even natural shoppers
May 26, 2022
Trending
Getting ready for 2023: Trends for brands to consider
May 17, 2022
Natural beauty market trends
Jun 16, 2021
The Planting Hope Company aims to prove gender equity leads to success
May 23, 2022
Podcast: What brands need to get on shelf at Fresh Thyme Market
May 24, 2022
Natural Foods Merchandiser
brought to you by 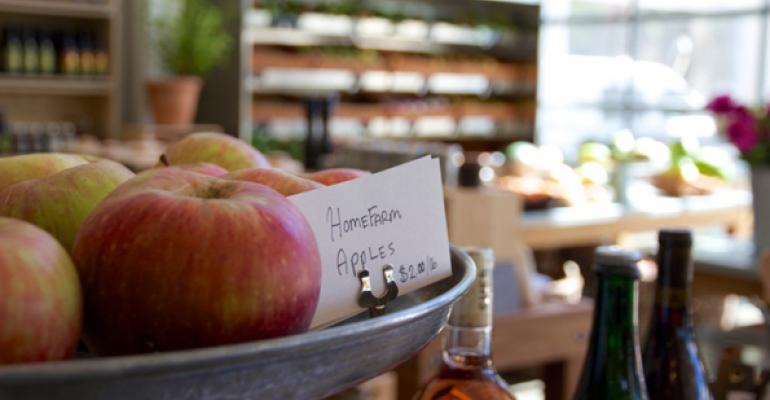 Consumers have tightened their definition of local but their wallets remain open to supporting the cause, according to A.T. Kearney’s 2015 Local Food Consumer Shopping Survey.

As local grew to $12 billion in sales at restaurants and retail in 2014, the definition varied by region, movement, retailer and the latest in marketing parlance.

But consumers have drawn the proverbial line by decisively defining local as food grown or manufactured within 100 miles, according A.T. Kearney’s survey. Ninety-six percent of shoppers identified the radius as the definition of local. In 2014, 58 percent cited the 100-mile limitation.

A 400-mile growth area received a healthy 42 percent response rate. The surveyor allowed respondents to choose more than one response. That’s a leap from the 8 percent counted in 2014.

“Forward-thinking retailers and restaurants with a distinctive definition of local and a focus on marketing and merchandising fresh, high-quality products at the right price will capture a long-term advantage in this growing market,” he said in a release.

Local makes a bottom-line difference as it can increase visits, grow margins and pump up consumer perceptions of your produce department.

Thirty-four percent of shoppers will make a special trip to buy a local product, the surveyor found.

And regardless of the category, 78 percent of consumers say they will pay a premium for local food, with 22 percent citing a willingness to pay 10 percent or more for local food. That means margin gains. The chart above shows some examples, according to the report.

How retailers can embrace shoppers' definitions of 'local'
Oct 26, 2015