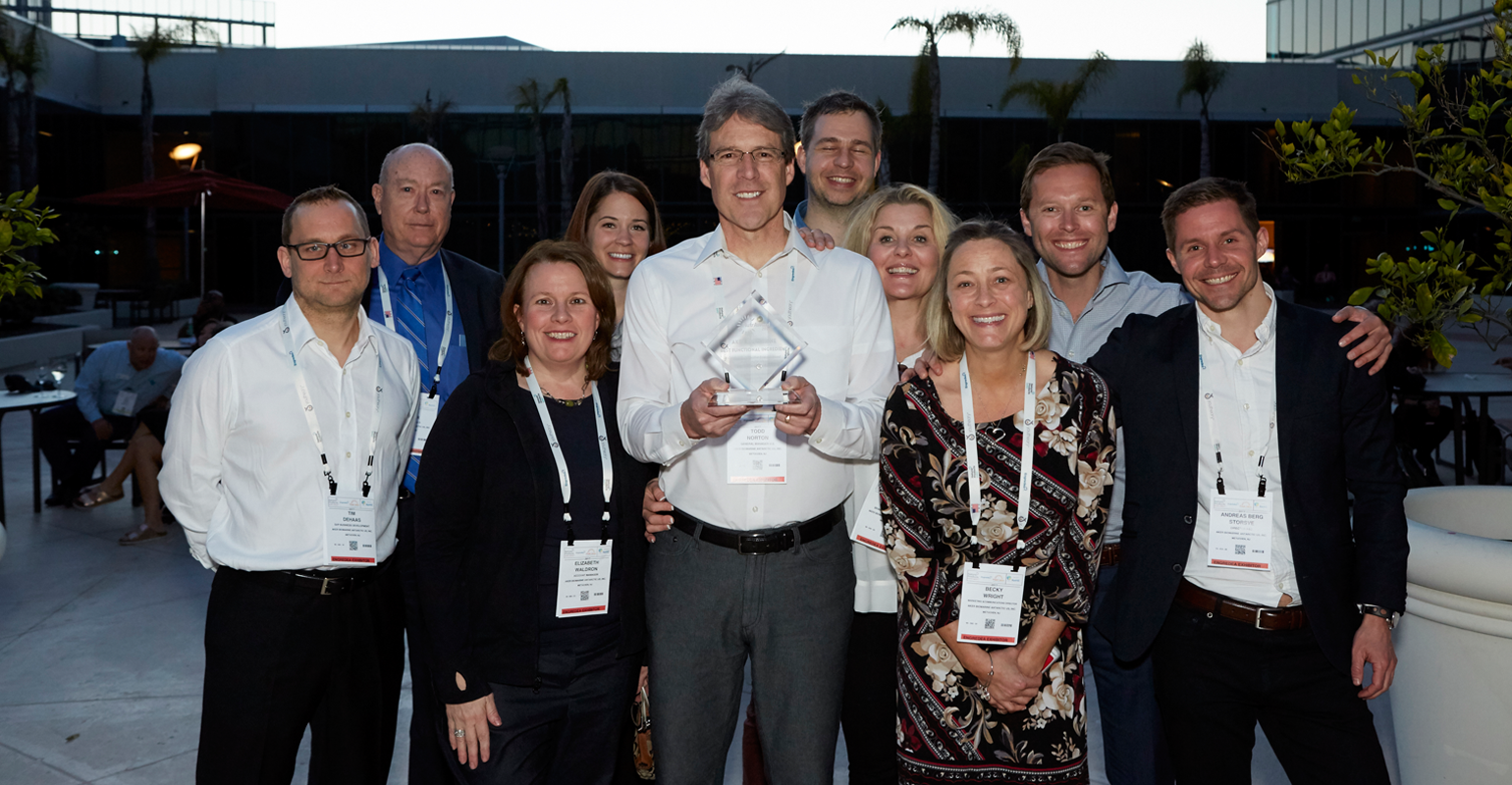 Aker BioMarine concentrates its efforts on the latest technological innovation from the deep blue sea.

The 19th annual NutrAward for best new ingredient was awarded to a company looking to shore up the omega-3 space, which has fallen into the doldrums the last couple years.

Krill oil market leader Aker BioMarine is helping krill get its groove back with its Superba Boost krill concentrate. Krill came hot out of the gates to take over the larger omega-3 category by virtue of a smaller capsule size, the presence of phospholipids to boost bioavailability of the omega-3s DHA and EPA, a dollop of astaxanthin—and a bodacious television advertising campaign from finished product brand Schiff.

The new SuperbaBoost krill concentrate has 50 percent more phospholipids, 20-40 percent more EPA and DHA, plus choline. The smaller pill size makes it an ideal swallow for the geriatric population.

And it comes at just the right time for the krill sector because fish oil supplement companies have begun rolling out high concentrates of DHA and EPA along with phospholipids in order to emulate krill’s composition only at significantly higher levels of the omega-3s.

“We are honored to receive the 2017 NutrAward for Superba Boost,” said Becky Wright, marketing and communications director for Superba at Aker BioMarine. “It means a lot to us that the dietary supplement community recognized our contribution to the omega-3 category as a meaningful one. Omega-3s are so important but only the innovative will survive in the years ahead as consumers continue to demand more from the products they buy. We are prepared to deliver on that promise.”

Superba Boost was developed using a new technology exclusive to Aker BioMarine called Flexitech. This patented technology relies solely on low temperature and efficient fractionation methods, which remove unwanted salts and other polar constituents, and up-concentrate beneficial components like EPA/DHA, phospholipids and choline. It is unprecedented in the omega-3 market. Flexitech does not involve any form of high temperature treatment such as molecular distillation and it does not involve the use of other solvents besides ethanol and water.

Antarctic krill live in a naturally clean environment, virtually devoid of pollution, so there’s significantly less risk of heavy metals contamination. Third-party observers are on every krill vessel to make sure the krill harvest remains sustainable. The annual harvest amounts to one-third of one percent of the total estimated krill population.

Aker BioMarine has performed more clinical work on krill oil than any other company, making Superba the most researched krill brand on the market. In addition to several heart-related studies, some of the recent investigation areas include brain health, sports nutrition and skin health.

The NutrAward winners are selected based on a weighted vote from the selection committee consisting of a panel of industry experts, scientists and nutritionists, as well as by cumulative votes of registered attendees of Engredea. Each NutrAward submission is judged based on scientific merit, safety and efficacy, market potential, innovation and ability to increase market credibility.

On the finished product side, the NutrAward for best new product featuring a functional ingredient went to Farmhouse Culture’s Kraut Krisps. Read coverage of the winner.

An update on the Coronavirus and its impact on Natural Products Expo West 2020
Feb 27, 2020