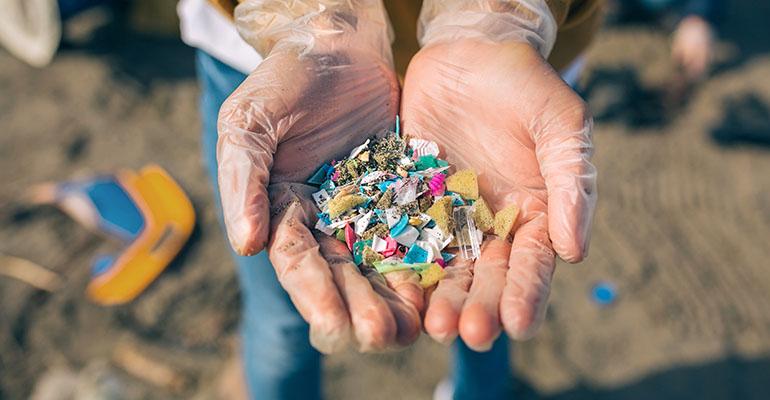 Whether you’ve been following the tidal wave of microplastic studies for months or just recently learned that these particles are—quite literally—everywhere, here are four straight-from-the-source studies you should take the time to delve into.

Microplastics, the terrifying and ubiquitous tiny plastic particles that have been getting attention from many a news outlet this past year, have officially infiltrated our food and water supply. They’ve been found in the deepest depths of the ocean and mixed throughout soil in increasingly less fertile fields. And their effects, many believe, are detrimental to both the environment and human health.

To help you fully grasp the extent of the damage, below are four recent studies that will have any retailer or brand rethinking the single-use plastic bag, takeout container or straw.

While it has been confirmed that humans regularly ingest microplastics, a new meta-analysis of 26 studies that measured the amounts of microplastic particles in fish, shellfish, sugar, salt, beer and water shows that adults eat about 50,000 small plastic particles each year—and breathe in an equally high amount. Consumers of plastic bottled water fare far worse because they likely take in an extra 90,000 microplastics annually.

Not only do microplastics inhibit plant growth and seed germination, they also wreak havoc on earthworms’ intestinal tracts and ability to digest nutrients. Researchers found that after a period of 30 days in the presence of microplastic clothing fibers and high-density polyethylene, the rosy-tipped earthworms had lost roughly 3.1% of their body weight. Earthworms are crucial for healthy soil generation, and the study’s authors point out that any pollution that affects them will have outsize, cascading impacts on future soil fertility.

3. It is raining plastic.

This study identified microplastics in more than 90% of rainwater samples tested from across Colorado—including a remote site in Rocky Mountain National Park that is more than two miles high in elevation. Researcher Gregory Wetherbee told The Guardian that plastic was the last thing he expected to find when analyzing the samples; its presence indicates that the material is an ingrained part of our natural world that has no sure way of being flushed out just yet.

Three years ago the San Francisco Bay Microplastics Project sought to uncover the biggest contributors to the plethora of microplastics found in the digestive systems of marine organisms off the California coast. What they found is that of the more than 7 trillion pieces of microplastics that enter the San Francisco Bay each year, a solid majority of them are tire particles. This finding opens up a whole new realm for the relatively new world of microplastic research, as cars could be polluting our environment in a way that has never before been noted or measured.