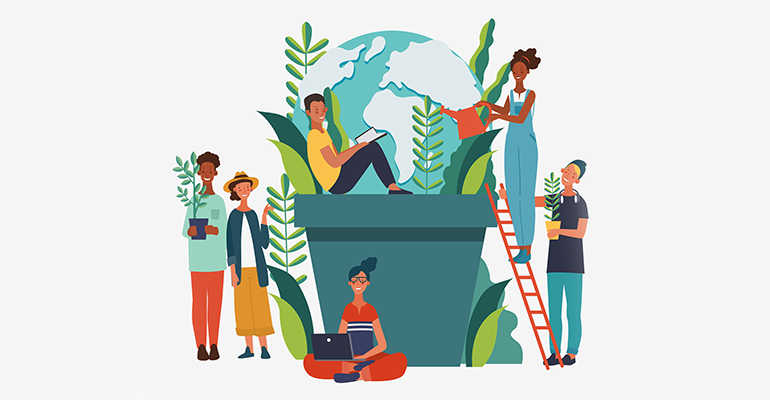 Climate change causes more extreme weather and natural disasters such as tornadoes, wildfires and hurricanes. Are we are running out of time to mitigate it?

Are we making progress against climate change? It's a good question to ask as Earth Day approaches, but it's a hard question to answer.

Not suprisingly, the 51st Earth Day is celebrated around the world with numerous live and virtual events. Among the many movies, seminars and lectures available Tuesday, three caught our eye:

Related: 50 ways the natural products industry can love the Earth

Here, for more in-depth perspectives, we compiled five articles that present the good news, the bad news and the complications.

1. We're facing a crisis of our own making.

The theme of Earth Day 2021 is "Restore Our Earth," something we need to do before global warming wipes us off the face of the planet.

Climate change causes excessive heat waves; hotter, more frequent and more damaging wildfires; more droughts; and more frequent and stronger hurricanes. Between 2008 and 2019, more than 265 million people had to relocate because of storms, floods and wildfires, according to the Internal Displacement Monitoring Center.

"Climate change has always happened on planet Earth, but there is overwhelming scientific evidence that the Earth's globally averaged temperature surface temperature has been rising due to anthropogenic factors."—Rescuing the planet is still possible: The case for a global Green New Deal

2. What does biomass power mean for the planet?

"Here's a multibillion-dollar question that could help determine the fate of the global climate: If a tree falls in a forest—and then it's driven to a mill, where it's chopped and chipped and compressed into wood pellets, which are then driven to a port and shipped across the ocean to be burned for electricity in European power plants—does it warm the planet?"

Scientists and environmentalists say it does, because clear-cutting forests and burning the trees warms creates greenhouse gases. But politicians in Europe and the United States consider it a "green climate solution."—The 'green energy' that might be ruining the planet

Imagine a world without the noise and odors from gas-burning engines. A world in which we can all walk around our cities without plugging our ears or coughing from a blast of exhaust—with an economy that works for everyone. We're going to need bigger batteries, right?

"A shift to electric transport is inevitable, [but] a single solution response will not be sufficient to meet increased demand for sustainable transport and infrastructure solutions. Investing in innovations such as hydrogen fuel cell technology will be key."—Sustainable transport can't just depend on batteries. Here's why

4. Cincinnati, Ohio, could lead all cities in grass-roots, green innovation.

Well, actually an oil slick on the river caught fire, but the images of black smoke pulsing into the air as flames flickered from the water's surface triggered a flux of water pollution initiatives and resulted in the creation of the Environmental Protection Agency, the Clean Water Act and more.

Now, the Midwestern city is at the forefront of climate change mitigation.

"Grassroots organizations and community leaders have been addressing the crisis for years through on-the-ground efforts, policy, and investing in green innovation. Amid a global pandemic that has exacerbated existing socio-economic inequities and climate injustices, the fight continues."—Thinking Beyond: How Cincinnati is tackling the climate crisis and building back from the pandemic

Marcel Alers, head of energy at the United Nations Development Programme, starts this article by pointing out that the world is not on track to achieve Sustainable Development Goal 7, the goal of having "universal access to clean, affordable and reliable energy."

Turns out, though, that Alers is optimistic about our clean energy future: "The clean energy solutions that can get us there exist, and there is growing momentum to make them political and investment priorities." Point by point, he proceeds provides the evidence we need to share his outlook, including the fact that in most countries, it's cheaper to convert to solar energy than it is to build a new coal-powered electrical plant.—5 reasons to be optimistic about clean energy in 2021