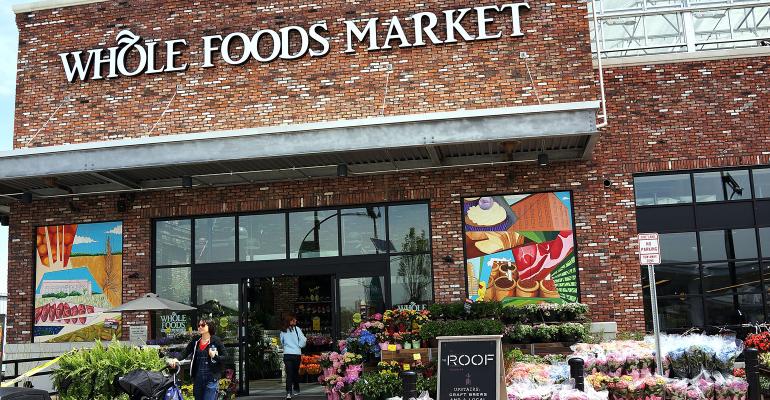 Here's what we learned during the first earnings call since Amazon purchased Whole Foods Market in August.

The headline-grabbing Amazon-Whole Foods Market deal appeared as a mere 2.9 percent of net sales when the online giant reported its third-quarter earnings Oct. 26.

Since that deal closed, speculation has swirled around the industry as to why Amazon bought the supernatural retailer and how the retail chain will change.

The leadership teams are like-minded and customer obsessed, he said, which has Whole Foods ready to “expand its offerings.”

Some may expand and some may become combined.

“There’s no one paradigm for all customer engagement, and we’re looking for the ones that resonate best with customers and we’re going to continue with those,” Olsavsky said.

The CFO confirmed that Whole Foods expansion will occur, but management is not ready to announce what that will look like.

“We’re experimenting with a lot of formats,” Olsavsky said. “I think Whole Foods really gives us a vast head start on that and a great base and a great team to work with who has a lot of history. They probably have 10 to 20 years of learnings that we don’t have and wouldn’t have.”

Amazon Prime will become a platform for a Whole Foods Market customer loyalty program. A timeline was not announced.

What we don't know:

When asked about adding pharmacies at Whole Food outlets, the CFO answered simply: I cannot confirm nor deny rumors.