5 things you should know about the organic checkoff program 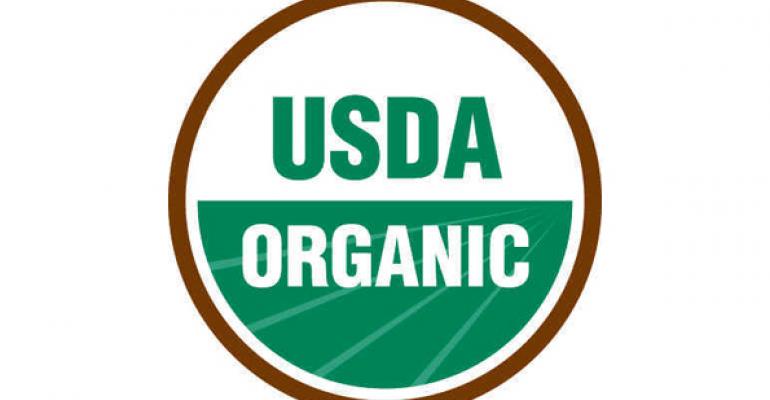 What exactly is the organic checkoff program and what does it mean for the organic industry? We outline five things you should know now.

You may have heard rumors about a potential "Organic Checkoff Program." But what exactly is it and what does it mean for the organic industry?

Such well-known marketing slogans such as "The Incredible Edible Egg," "Pork: The Other White Meat," and "Got Milk?" are paid for by agricultural research and promotion orders, commonly referred to as mandatory "checkoff programs."

These orders are federally-recognized and established by commodity producers to fund collective marketing campaigns and agricultural research for their specific commodity.

Click to the next page for five things you should know about the organic research and promotion order.

Organic producers who do not currently pay into a single commodity checkoff program would now be required to pay annual fees based on percentages of units sold. For example, dairy producers currently pay 15 cents per hundredweight of milk sold. It won't necessarily break anyone's bank, but it would be a new cost of doing organic business.

3. Not everyone is in favor of an organic checkoff.

The most vocal opponents to an organic research and promotion order are concerned that it will mimic the governance of existing checkoff programs, which opponents believe are poorly run and, in some cases, corrupt.

Each checkoff program is governed by a USDA-appointed board of directors that is responsible for allocating funds in research and marketing, and for choosing the marketing message that represents the entire commodity.

4. Producers only pay into one checkoff program at a time.

Organic producers who are already paying into a single-commodity conventional checkoff program would be given the option to choose the organic checkoff program instead. This is because no one is required—nor permitted—to pay into more than one checkoff program at a time. The dollars producers are already spending each year would now go toward an organic marketing campaign and regional organic research.

5. OTA will not be on the organic checkoff board of directors.

The OTA is currently providing a platform for the organic sector to discuss the feasibility and concerns about launching an organic checkoff. By law, the OTA would not be permitted to sit on the USDA-appointed board of directors because, as a trade association, it is not an organic producer and therefore would not be considered for a seat on the board.

Are you for or against an organic checkoff program? Share in the comments.

How to call Congress to support organic farmers
Jul 12, 2012