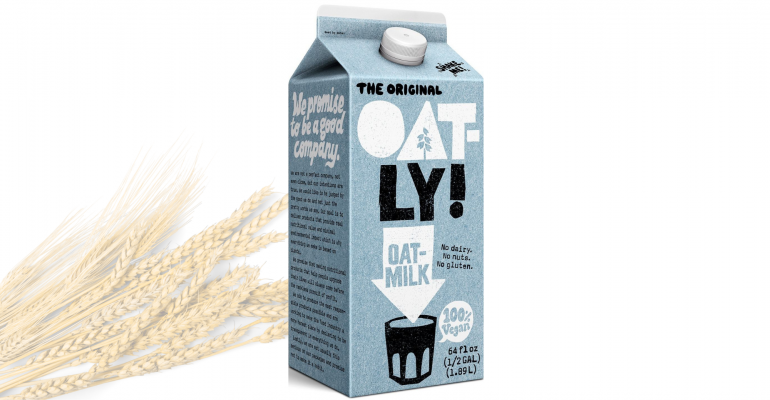 Oatly is about to have its IPO

Popular oatmilk maker Oatly will sell shares to the public for the first time this week in an offering that could value it at $10 billion. This valuation exemplifies the shift in consumer preferences toward food products that are both healthy and sustainable, as well as the immense growth in food tech over the past few years that has produced other successful companies such as Beyond Meat. Some industry experts argue that Oatly's relatively small size in the competitive alternative meat space give it an edge in terms of innovation and in convincing consumers of its "save-the-planet" ethos. The New York Times has the lowdown.

How The Fresh Market brought culinary elitism to the suburbs

North Carolina-based gourmet supermarket chain The Fresh Market was voted the Best Supermarket in America by consumers this past April, which this Vice article attributes to its ability to import "a distinctly aspirational culinary sensibility to areas of the United States where you wouldn't necessarily expect it." The Fresh Market offered an element of culinary escapism in suburbs around the country where its competition was supermarkets filled with variations of the same prepackaged, canned, or processed foods. Executives say the store's "treasure hunt" concept has resonated with consumers as well."You're going to find new things and you're going to expand your eating horizons," said former CEO Larry Appel.

Fauci: 'Reasonable and understandable' for businesses to require masks

Confused about the CDC's mask mandate guidance? Dr. Fauci spoke out this week about confusion on the part of shoppers and stated that it is "perfectly reasonable and understandable" for businesses to continue to ask patrons to mask up. This is because, short of asking them to show vaccine cards, there's no real way to ensure maskless shoppers have been vaccinated against COVID-19 and keep employees safe. Spectrum News reports.

Anycart is disrupting the $100B e-grocery space

More consumers than ever are shopping online (and liking it), but price is frequently cited as a barrier to getting more of them on board. This is why Amazon-backed startup Anycart is poised for instant success; the company offers online grocery shopping with no price difference for platform users. Customers can click on over 1,000 meals, adjust the serving size and upload their cart with all of the ingredients for that specific meal. They can also pre-populate their cart with past purchases, search via dietary preference and browse multiple stores. Learn more at Forbes.

How corporations buy—and sell—food made with prison labor

The Counter has thus far identified over $40 million in transactions between private food companies, prisons and prison industries since 2017. This includes sales to huge food industry players including Cargill and the Dairy Farmers of America. Prison administrators use the notion of work as punishment to force incarcerated people to work on farms and in dairies for low or no pay and, of course, without basic labor protections; lucrative relationships between these administrators and prison management make it harder to prioritize incarcerated workers' health and safety over clients' needs.