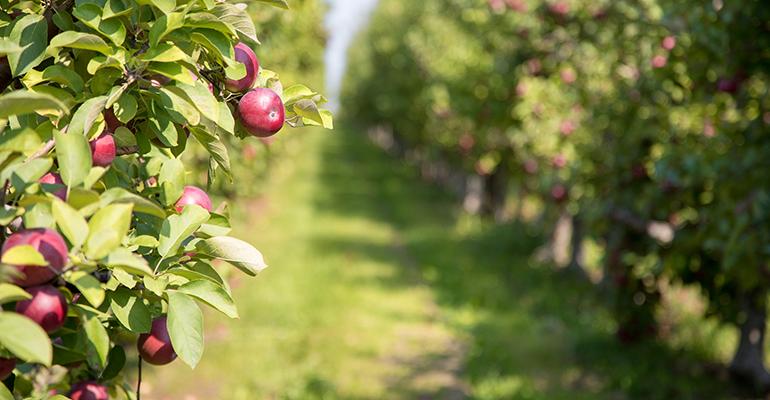 Just a few companies control the meat industry. Can a new approach to monopolies level the playing field?

Last week, President Biden issued an executive order to tackle corporate consolidation across a range of industries. One of the industries likely to be affected is meat and poultry processing, which has seen increasingly concentrated power and profits at the top over the past few decades. Civil Eats breaks down what it could mean.

'Fire blight' is the most devastating apple disease. Wild apples could help growers fight back.

A geneticist at Cornell University along with a team of graduate students have been working on a five-year project breeding apples that are resistant to fire blight—the bacterial nemesis of apple growers everywhere. The USDA-funded initiative uses a genetics-driven approach called rapid cycle breeding to improve fire blight management in five major apple-producing states. The Counter has the story.

Instacart wants to be an influencer in food delivery

Instacart will have a new CEO next month—Fidji Simo, the former head of Facebook's legacy Blue app—and the new leadership is likely to bring changes to the online grocer and lasting influence across the food-delivery industry. The new hire points to Instacart's desire to compete with the largest digital-advertising businesses, through which it generated roughly $300 million last year and expects to grow to $1 billion by next year. The Wall Street Journal reports.

An inflammatory aging clock called iAge, developed by a team at Stanford University, is one of the first tools of its kind to use inflammation to assess health. By using machine learning, the researchers created the tool to assess chronic inflammation in the body, which can predict whether someone is at risk of developing age-related disorders and then determining if they would benefit from intervention. Nature has the details.

An observational study by an international team of researchers supports the hypothesis that intake of ultra-processed foods can increase the risk of irritable bowel disease (IBD). According to MedicalXpress, within the different subgroups of ultra-processed food, which included soft drinks, refined sweetened foods, salty snacks, and processed meat, each were associated with higher risks of IBD.