[email protected]: Are food and farmworkers next in line for the COVID-19 vaccine? | More stimulus deal ramifications for the food industry 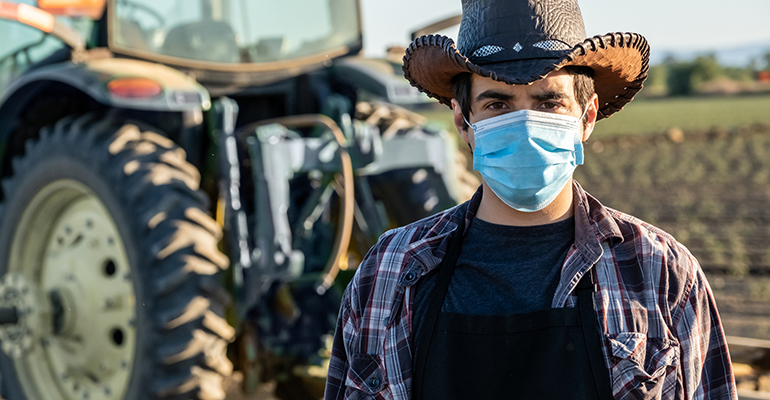 Should food and farmworkers be next in line for the COVID-19 vaccine?

For months the frontline workers keeping the U.S. food system flowing have pressed on despite rising COVID-19 cases and a stark lack of financial compensation for their at-risk status. For this and other reasons, many groups believe these employees deserve to be first (after healthcare professionals, of course) to receive the COVID-19 vaccine. But states are also receiving 20% to 40% fewer doses of the vaccine than what was initially anticipated, meaning inoculation could come to late for many of these essential workers. Civil Eats has the full story.

In addition to reviving the Paycheck Protection Program, the latest stimulus agreement includes a 15% increase in SNAP benefits for six months and an estimated $13 billion will be going toward other nutrition programs. The Department of Agriculture was also authorized to spend money on protective measures for farmworkers and establish better safety standards for people working in food processing. It also allocates funding toward small-scale growers and processors that largely lost out to giant corporations in the first stimulus agreement. The Counter reports.

Federal health officials this week sent a warning letter to Whole Foods CEO John Mackey after discovering that undeclared allergens were the leading cause for dozens of the retailer's recalled products. From October 2019 to November 2020 alone the company issued 32 recalls for this reason. FDA officials stated that a failure to correct these violations will result in seizures or injunctions. Head to Fox News to learn more.

The Center for Biological Diversity and three other groups are filing a lawsuit against the Environmental Protection Agency for damaging millions of acres of farmland. EPA Administrator Andrew Wheeler announced an extended approval of the herbicide a week before the presidential election on account of new safeguards in the form of a pH-buffering agent. The lawsuit states that EPA did not consult with environmental agencies before coming to this conclusion. Read the rest at Successful Farming.

Green and tonic: Gin in paper bottles is the new eco-tipple

The world's first commercial gin in a paper bottle will debut on shelves in early 2021, with many more spirits to follow. British company Frugalpak wanted to create an alternative to the carbon-intensive glass model ubiquitous to the alcohol industry. Frugalpak's model is five times lighter than its glass counterpart and has a carbon footprint up to six times lower than it as well. Take a peek at the design at The Guardian.