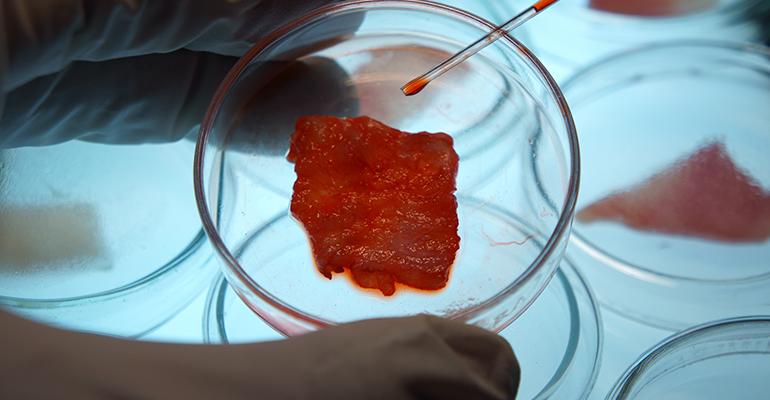 Big Food's response to the consumer demand for alternative protein is placing control of this all-important sector into a shrinking number of hands, while presenting an illusion that there are numerous, competing alternatives. In fact, many leading meat companies now describe themselves as "protein" companies following investments in everything from insect protein to lab-grown meat to plant-based protein such as pea protein. Civil Eats has the lowdown.

Ardent Mills, the top US flour maker, strikes deal to expand in gluten-free and organics

Is the future of flour gluten-free? The nation’s biggest flour miller, Denver-based Ardent Mills, is acquiring gluten-free flour milling company Firebird Artisan Mills. This will help the latter expand further into specialty grain products and milling capabilities. The two companies had worked closely before in gluten-free and specialty ingredients supply, and buying the business will allow Ardent to vertically integrate it into the company’s large supply chain while adding a dedicated gluten-free milling facility, according to Denver Business Journal.

The business of pumpkin spice

In a first-of-its-kind study, participants were able to reduce resistant high blood pressure with a combination of diet, exercise and reducing salt intake. The diet, called DASH (Dietary Approaches to Stop Hypertension) is relatively simple: Eat more whole produce as well as low-fat dairy foods; limit foods high in saturated fat; and limit one's intake of sodium to roughly 1 teaspoon per day. People in the guided group reduced their systolic blood pressure by at least 12 points, compared to a reduction of 7 points in the group who had no structured help. CNN reports.

One ongoing trend in the natural products industry is the resurgence of heritage ingredients that have been proven safe (and efficacious) over hundreds or thousands of years. A microtrend within this category, and one that was especially of interest to consumers during the pandemic, is making one's own alcohol via natural methods. Vice writes that ancestral alcohols including beer and other fermented drinks incorporate wild yeasts derived from quinoa or wheat or even rice. Similar to pesticide-free natural wine, unpasteurised or raw beer has cropped up in many a trendy natural retailer.