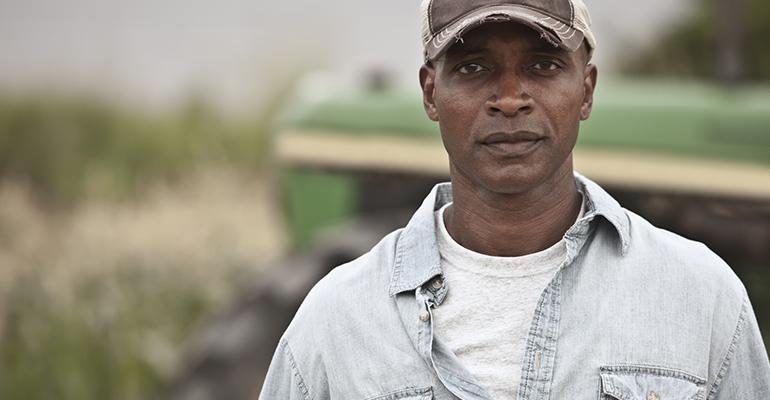 Can hemp live up to its hype? Black farmers have to carefully weigh the potential risks and rewards

While the global hemp market is projected to top $26 billion by 2025, getting started can be a particular challenge for Black farmers as a result of spotty access to loans and technical education that are compounded by hemp’s labor costs, regulatory hurdles and high risk thanks to upfront investment combined with unpredictable plant genetics. Traditional commodities usually have lower startup costs; for instance, corn seed usually costs farmers about $100 per acre, whereas with hemp the initial investment could be up to $5,000 per acre. Additionally, in 2020 USDA rejected loans to Black farmers at three times the rate of white farmers. Despite all this, Black hemp farmers and their advocates still believe the reward could outweigh the risks if there were better access to federal grants for underserved groups. The Counter reports.

Extreme heat is extremely bad for the economy

The economic threat of extreme heat is bigger than you might realize. The current annual economic loss due to heat in the U.S. is $100 billion (compared to $60-65 billion from hurricanes last year). And, if nothing changes, that’s projected to rise to $200 billion by 2030, and $500 billion by 2050. Agriculture and construction were two of the most affected industries because they take place primarily outdoors, and Texas, Mississippi, and Alabama will be the most affected because of their heat and humidity. Fast Company explains how local and state governments can lead the charge on implementing so -called smart surfaces (think energy-assistance programs and planting trees for shade) but it's clear that greenhouse gas emission reduction is the ultimate priority to prevent further losses.

Companies are finding ways to go beyond fetal bovine serum, which is currently the only viable growth substrate in the cell-cultured meat world, in order to position themselves as both the sustainable and ethical alternative to conventional meat. Back of the Yards Algae Sciences, for instance, is experimenting with an algae-based culture medium in their research and development lab; another company called Biftek is working on a microorganism-based growth medium, although the Turkish startup hasn’t revealed what kinds of microorganisms it’s using. The cell-cultured meat industry is expected to be worth $248 million by 2026. The Spoon has the scoop.

Last year, brands aligned themselves with tragedy (to the detriment of some) following the Black Lives Matter protests. But this kind of consumer patriotism has a long and storied history in the U.S.; this Vox piece delves into the branded movements that were launched as a result of 9/11. After everything settles down, Emily Stewart writes, "there’s a sense that, once safe, it’s a duty to spend the way to recovery." The commodification of such tragedies is, of course, in many cases exploitative, and for companies wishing to insert themselves into the conversation there needs to be concrete evidence of genuine support in place of hollow, well-meaning statements.