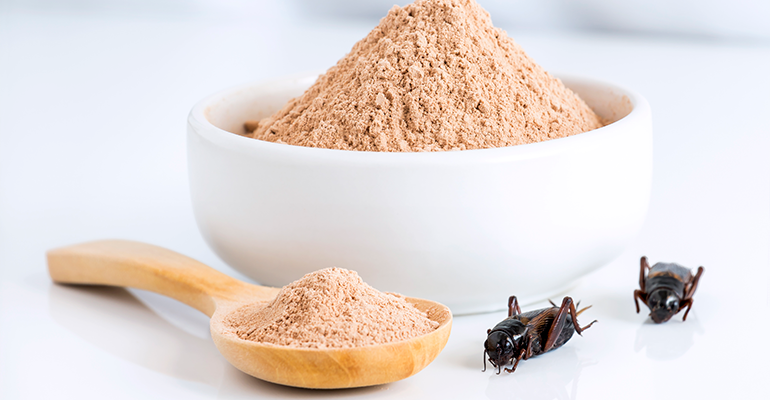 Why brands are weighing in on the Capitol insurrection

Customers respond well to brands that take political stances, which is partly why there was such an overwhelming social media response from brands condemning the mob that stormed the Capitol last week. As Vox puts it, taking a stand as a business is now an expectation; brands are an integral, inevitable part of consumers' lives, and they like to see those brands humanized to some degree. But, as was very apparent with the hordes of Black Lives Matter posts from last year, it's also easy to come off as disingenuous.

As the food industry pivots to focus on sustainable solutions for everyday ingredients, insects are a clear supply chain star. The world's largest insect protein facility is currently being built in Decatur, Illinois; it will produce billions of black soldier fly larvae that can be converted into a nutrient-rich protein. The Food Institute points out the growing number of companies receiving funding in the space as well, like snack-maker Don Bugito and cricket flour company Entomo Farms.

Have scientists found a replacement for wheat flour in white bread?

A new ingredient derived from chickpeas could replace wheat flour in white bread and decrease the risk of type 2 diabetes. Pulses (chickpeas, beans, lentils etc.) contain high amounts of resistant starch, which are absorbed slower by the body and are less likely to cause blood glucose spikes. New Food Magazine has the details.

A critical factor to gut health is the amount of processed foods a person is eating, new research shows. Juices, sweetened beverages, white bread and processed meats all were associated with microbes linked to poor metabolic health. Experts say this could help doctors eventually fight diet-related diseases with ultracustomized meal plans based on a given patient's microbiome makeup. The New York Times reports.

A growing number of Americans are leaning on SNAP benefits as a result of economic turmoil. The new Forage Grocery app makes it easier to help them locate the cheapest groceries in the area, factoring in coupons as well. The app's creator describes the user base as "[financially] poor and time poor," which is why the app is gaining traction in California and is poised to scale nationwide. Head to Civil Eats for more.