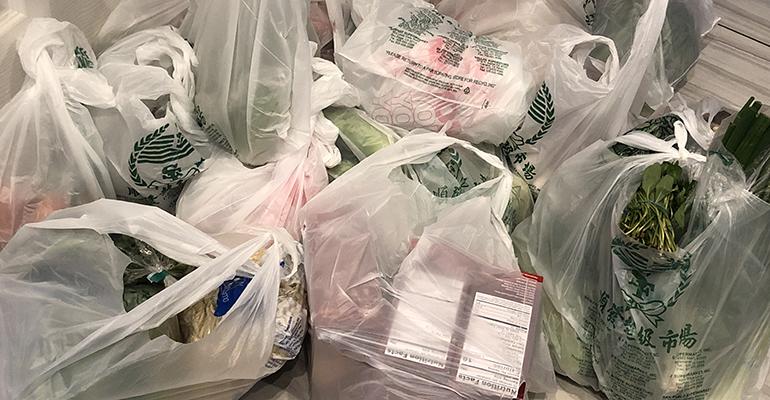 California's recycling commission has asked the state's attorney general to crack down on retailers that are mislabeled as recyclable, as well as padded envelopes and packing materials used for home deliveries, Reuters reports. The problem? Consumers who believe the bags and packaging are recyclable are tossing the products in their curbside collection bins and causing problems down the line.

What will we eat next year?

Food industry folks love to guess what the next trend will be. The New York Times interviewed food company executives and market researchers, and devoured dozens of trend reports to create their own predictions. Take a look at their expectations for 2022's hottest ingredient, drink, protein, flavor and more.

How will countries feed their residents when it's too hot to grow food or raise livestock? Matt Spence, a defense department official during the Obama administration, writes in Slate.com why it's of the utmost importance for the United States and other countries to invest in and promote alternative proteins such as cell-based, lab-grown chicken—which Israel's president sampled during the COP26 Climate Summit earlier this year—and plant-based meat.

About 55 miles northeast of Boulder, Colorado, you'll find Greeley's JBS slaughterhouse, which employed six people who died during the COVID-19 pandemic. But even though the workers union wrangled substantial raises from the meat company, workers say some conditions have not changed, including social distancing, lack of hand sanitizer and pressure to work even when they are ill, The New York Times reports.

Saving cork, one wine bottle at a time

Around the world, wine drinkers are recycling the cork stoppers from their empty bottles: About 550 million corks have been collected in 2018, according to Amorim, the world's largest cork manufacturer. But approximately 12 billion cork stoppers are used each year, Forbes columnists Per and Britt Karlsson say. Recycled cork can't be used to make new stoppers, but the natural, sustainable product can be found in numerous other industries.