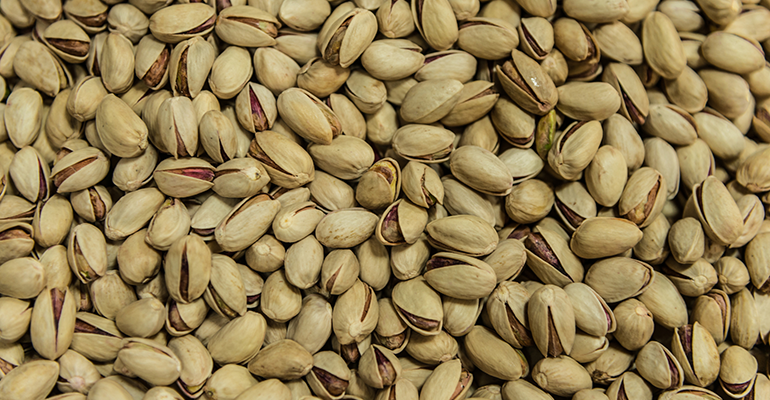 Plastic will be classified as toxic under Canada’s primary environmental law—the Canadian Environmental Protection Act (CEPA)—following an announcement from the Trudeau government last Wednesday. This decision will make it easier for legislation that bans certain single-use plastic items to pass. Roughly 3.3 million metric tons of plastic is discarded in Canada each year, and less than 10%—about 305,000 metric tons—is recycled, according to Mother Jones.

Why is the USDA buying $40M worth of pistachios?

The USDA has confirmed it will be making the largest seafood purchase in the history of the department, and it will also be buying an inordinately large amount of pistachios. In response to an inquiry made by Modern Farmer, a spokesperson for the organization wrote that the decision of what products and in what quantities to purchase is “determined by ongoing reviews of agricultural market conditions, requests from industry, demand from federal nutrition program participants and nutritional aspects of the products.” Pistachios offer strong export markets, high prices and lower water requirements than almonds, the latter of which is a crucial feature to have for farmers growing in California's Central Valley.

A recent report published by the Center for Digital Democracy takes issue with junk food brands' marketing tactics on social media platforms such as TikTok to capture younger consumers. Public health researchers have estimated that these companies spend $14 billion on food marketing per year, and most of those products are low in nutritional value; they also invest significant resources into developing foods with highly addictive qualities. Unfortunately, there are also significant loopholes in laws to protect children's privacy online that allow these companies to collect names, locations, and photos that informa how they advertise and who they target. The Counter has the full story.

Inflammation could be a core feature of depression

People with depression tend to have higher levels of inflammation in their bodies than those without depression, regardless of socioeconomic background, poor health or unhealthy behaviors, a study by King's College London reveals. This means there may be a direct biological link between inflammation and depressive disorders, and scientists are saying that genetic contribution to inflammation in depression comes mostly from eating and smoking habits. Even more of a reason to crack down on junk food companies marketing to children! MedicalXpress reports.

Revenge spending, AKA increased spending and pent-up demand after a year spent in lockdown, is expected to fuel higher retail sales in coming months as more consumers get vaccinated and businesses reopen. The 9.8% increase in March retail sales was the second largest in government data since 1992, with all categories posting gains; personal incomes were also up in the same time period. As The Food Institute writes, this also means inflation might be on the horizon.