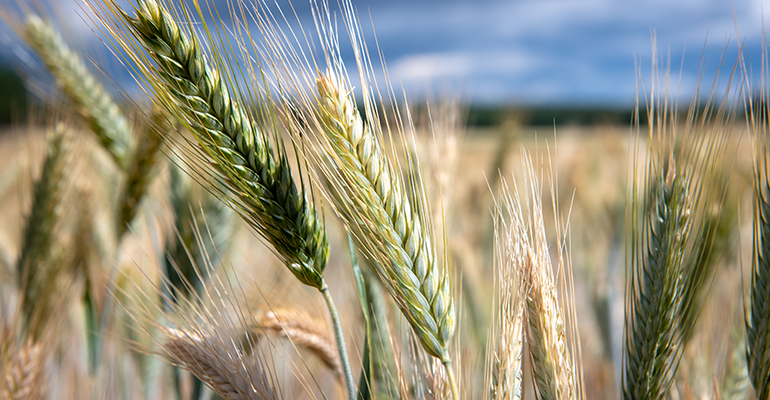 CRISPR strikes again! The British government's Department of Environment, Food and Rural Affairs (DEFRA) has approved a series of field trials of gene-edited wheat for the first time in Europe. The goal is to produce an iteration of wheat that is low in the naturally occurring amino acid asparagine, which is converted to acrylamide (a carcinogenic processing contaminant) when bread is baked or toasted. Despite this positive aim, the move has been met with criticism from environmental activists who argue the risks carried by planting experimental genetically modified crops outweigh any potential benefits. Head to EURACTIV for the full story.

The world's first lab-grown meat facility will be built in the Middle Eastern and North African (MENA) Umm Alhoul Free Zone as the result of a partnership between Eat Just, Doha Venture Capital and Qatar Free Zones Authority. According to Green Queen, the facility will primarily produce Eat Just's Good Meat brand of cultured chicken, which was the first-ever cell-based product to be sold on the market in Singapore back in December 2020. Following the announcement, Qatar Free Zones Authority also stated that the investment will strengthen Qatar’s position on the regional and global stage as a leader in disruptive technologies.

No suprises here: A recent analysis of CPG food products reveals packaged foods that contain fewer ingredients tied to obesity, heart disease and other negative health outcomes are more likely to be labeled as organic. The dataset showed lower total sugar, added sugar, saturated fat and sodium content for organic foods as well. Studies such as this one are crucial to help natural brands get out the message to consumers that choosing organic isn't just better for the Earth, it's also better for human health. Food is medicine, right? Get the details of the study at MDPI.

Frontline workers have more leverage now thanks to chronic labor shortages nationwide, and this is fueling union unrest as the economy gradually recovers. Early on in the pandemic these workers risked their lives to keep the food system up and running, but demands for long-term wage increases and other benefits engendered mixed results among employers. The Food Institute highlights this past July's Frito-Lay strike as a perfect example: Hundreds of workers walked out on the job to protest unsafe workplace conditions including 100-degree heat inside the Topeka, Kansas, manufacturing facility, as well as request raises to match the cost of living and end mandatory overtime and unsustainable 84-hour workweeks.

This Eater article delves into the menu of newly plant-based upscale NYC restaurant Eleven Madison Park (which we covered a while back). The waitlist is now 50,000 people long, so one would imagine they're out here serving world-class vegan fare—but that, unfortunately, doesn't appear to be the case. As the review states, Chef Daniel Humm "doesn’t yet appear to fully possess the palate, acumen, or cultural awareness to successfully manipulate vegetables or, when necessary, to let them speak for themselves." This is an important story because plant-based foods can absolutely be high end and luxurious, and uplifting restaurants and brands that are doing it right will be crucial as we navigate climate change and imminent environmental disaster.