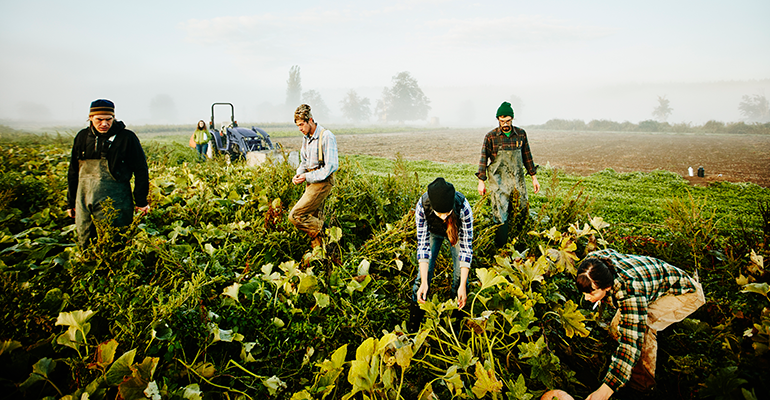 As carbon markets reward new efforts, will regenerative farming pioneers be left in the dirt?

Many hope that carbon markets will galvanize a widespread transition to soil-building practices at the massive scale needed to soak up significant quantities of atmospheric carbon and mitigate global climate change, which government programs have thus far failed to do. However, pioneering farmers who have already adopted regenerative practices (at significant risk and cost, we might add) are being passed over for the carbon credits that companies are offering because they are instead targeting large, conventional growers who agree to adopt new carbon-storing practices. Civil Eats has the details.

How much more will your Oreos cost? Companies test price increases

In response to rising costs for materials, transportation and workers, American companies are charging more for all sorts of products and fueling inflation like the U.S. hasn't seen in over a decade. The Wall Street Journal uses food conglomerate Conagra Brands Inc. as an example: the company couldn’t raise prices enough in the most recent quarter to make up for its own rising costs, including for cooking oils, packaging and transportation; it expects price increases and other measures to offset its costs later this year, and said it might need to raise prices further. If price inflation gains traction, it would keep prices high and rising, but if they falter inflation is likely to ease as labor and supply shortages diminish and the pandemic’s economic effects recede.

Ranchers are taking aim at concentration within the meat market (Brazil-based JBS, Tyson Foods, Cargill and National Beef slaughtered about 85% of the cattle in the U.S. in 2018) and its detrimental effects on the rising retail price of meat and farmers' diminishing share of the profits. The Counter addresses their woes, but notes that President Biden recently signed an executive order that addressed consolidation in agriculture, specifically in the beef market. Ranchers in turn say the system may need to be upended and broken up entirely before any kind of productive disruption is possible.

Chinese farmers in the country's central Henan province are facing financial losses after a flash flood drowned thousands of pigs and chickens, effectively decimating their livelihoods. Members of the community are now preoccupied with the possibility of animal diseases causing human illness as a result of flooded manure pits; the swine fever virus lives for about 10 days in pig faeces and water, and can survive for up to 100 days in manure pits. Zoonotic diseases, which tend to crop up in areas of concentrated animal agriculture, could easily create the next COVID-19 crisis. KFGO reports.

The number of dairy farms in the U.S. are declining, and the ones that are left are large farms with thousands of cows that require round-the-clock milking and a much larger workforce. Immigrant workers make up approximately 40% of the workforce on Wisconsin dairy farms, and up to 90% are undocumented, according to The Guardian, and the foreign-born population in Wisconsin has grown by 45% since 2000, with rural counties seeing largest and fastest growth of that population. Unsurprisingly, many of these dairy farmers have become deeply invested in immigration reform, which is not a popular viewpoint in these areas.