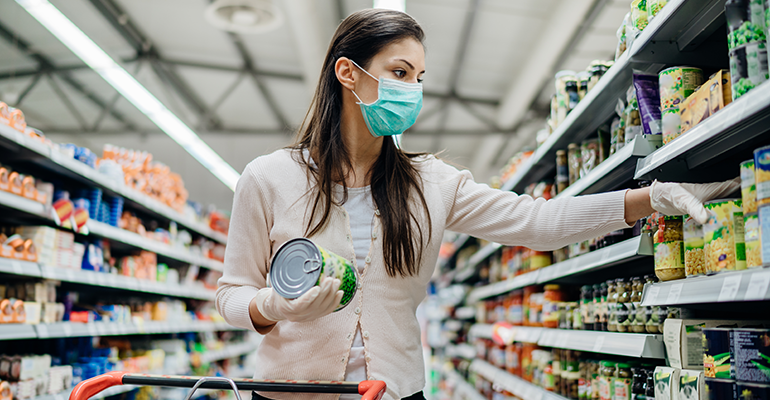 Researchers are using giant computer simulations of the world's economy to explore what collective action must be taken to meet the Paris goals, NPR reports. There are a few of them worldwide, and the good news is that these models have found a way out of our current downward trajectory. So what are the biggest hurdles to salvation from the climate crisis? Political obstruction and individuals' preferences should they lead to unchanged actions. Natural products industry members should do all they can to fight encroaching apathy as well.

The delta variant is already leaving its mark on business

The highly contagious delta variant of COVID-19 could be a momentary stumbling block on the road to an improved economy, according to The Wall Street Journal. But it also could prove to be far more serious than businesses anticipated: small business confidence has fallen, consumer polls show, and production has been disrupted once again in many sectors. U.S.-based economists and executives say that delta is so far slowing activity by discouraging consumers and businesses from traveling or gathering.

Analysts project that the demand for insect protein could reach half a million metric tons by 2030, up significantly from today’s market. But this doesn't mean consumers worldwide will be chowing down on nutrient-dense bugs—insect protein would be used mainly as an animal feed and pet food ingredient. Much like lab-grown meat, the insect protein market must prioritize customer education and mainstream acceptance if it has any chance of succeeding. Learn more at The Food Institute.

The Biden administration on Monday unveiled a major (and permanent) increase to the food stamp benefits that represents a record bump up for one of the country’s largest safety net programs. The average monthly benefits for the Supplemental Nutrition Assistance Program will be around 27% higher than they were before the pandemic starting Oct. 1, according to an administration official, which comes out to an increase of about 40 cents per meal. Politico has the scoop.

Today's consumers have a different understanding of traditionally animal product-based terms such as "butter," "milk" and "burger." This was the impetus behind a judge's recent decision to allow Miyoko's Creamery to continue marketing its products as "butter" and use phrases including "lactose free" on its packaging. This verdict is huge for companies across the plant-based sphere, largely because the meat and dairy industries continue to try and restrict plant-based product labeling now that these companies are gaining market share. Delve into the details at Vegconomist.