HomeNews[email protected]: Coffee with your avocado? | Lab-grown meat costs | A new Loop cycle
Recent
Latest
4 tips to get ahead of chemical concerns in packaging
May 20, 2022
7 CBD favorites in the increasingly popular gummies format
May 20, 2022
Mission MightyMe helps parents introduce allergens to babies
May 20, 2022
UNFI's Eric Dorne to step down as chief operating officer
May 20, 2022
Trending
Whole Foods' honors 30 companies with 10th annual Supplier Awards
May 18, 2022
Getting ready for 2023: Trends for brands to consider
May 17, 2022
Sponsored Content
The rise of sustainable business – eGuide
Sponsored Content
Natural beauty market trends
Jun 16, 2021 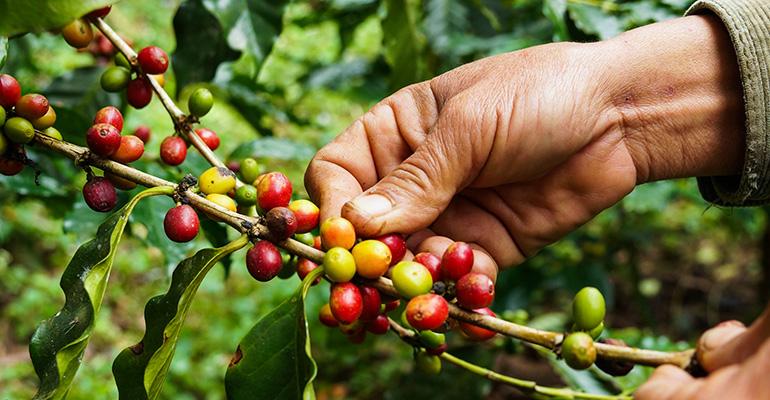 California-grown coffee helps some farmers pay bills, but at what cost?

California farmers are at the front lines of climate change: They face extreme heat, ongoing drought and ever-fiercer wildfires every day—not to mention higher water bills. A group of southern California farmers has found one way to increase revenue, though, reports Civil Eats: They grow coffee along side the fruits in their orchards. While the effort is financially profitable, agriculture experts wonder if it's the best use of the state's most precious resource.

Will cell-cultured meat ever be affordable?

Lab-grown meat once was trope of science fiction stories. Now, it's happening. But is it for real? Former pharmaceutical executive Paul Wood doubts it, according to The Counter. In the spring, the Good Food Institute released a report outlining future costs of producing cell-cultured meat. It predicted production would drop from $10,000 per pound today to about $2.50 per pound in nine years. Wood's work, with the help of a colleague, found that extremely unlikely.

TerraCycle's Loop service launched almost three years ago, piloting with several CPGs—including Procter & Gamble, PepsiCo, Unilever, Danone and more—a program to use refillable packaging for their products. Now, consumers will be able to buy their favorite products in reusable packaging at local stores and return that packaging to the store when it's empty, Greenbiz.com reports. Partner stores will accept packaging from other store's products, creating an easy process for shoppers.

What can $5 billion do to protect the Earth?

Nine philanthropic organizations pledged today to donate $5 billion toward protecting biodiversity around the globe. The group wants to see 30% of the planet maintained in its natural state, says The Washington Post. The organizations include Bloomberg Philanthropies, Rainforest Trust, Re:wild, the Rob and Melani Walton Foundation and Jeff Bezos' Earth Fund.

Those cute Happy Meal toys that kids young and old clamor for are turning green. McDonald's announced Monday that worldwide toy production will transition to include more renewable and recycled materials, which will reduce virgin plastic use 90% compared with a 2108 baseline. Restaurants in France, Ireland and the United Kingdom already offer the sustainable toys, according to Nation's Restaurant News.