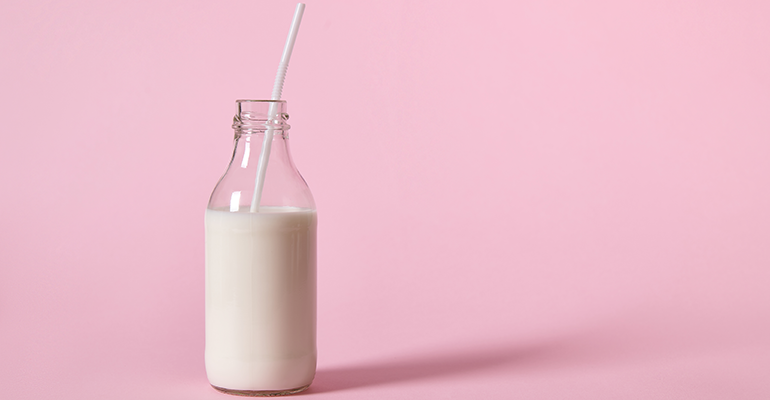 Amid the growing success of plant-based milk alternatives, dairy giant Danone has spent more than a year developing new plant-based milk designed to be as indistinguishable as possible from the real thing. The company's research revealed 53% of people surveyed said that they wouldn’t purchase plant-based beverages because of reasons related to their taste and texture. This is why mouthfeel was of particular interest to the scientists, according to Fast Company, although the creamy factor isn't derived from precision fermentation akin to products out of pioneering alternative dairy brand Perfect Day.

A recent report out of the Centers for Disease Control and Prevention indicates there were 26% fewer infections in 2020 compared with the average annual number over the past three years. The researchers speculated that more handwashing and less international travel were major contributors to the reduction, but also assumed cases might have been underreported because consumers were reluctant to seek treatment when hospitals were at capacity dealing with coronavirus patients. The Food Institute has the scoop.

Instacart workers nationwide are begging customers to delete the grocery delivery service's app, which saw a ton of action as a result of lockdowns. These gig workers, organizing as the Gig Worker Collective, cite falling pay rates and unsafe working conditions. The group’s demands are mainly requests for a restoration of features the app had previously: a reinstatement of Instacart’s commission pay model, paying its shoppers per order versus bundling them, a 10% default tip on the app, transparency about how orders are assigned and a rating system that doesn’t hurt workers for issues outside of their control. Learn more at The Guardian.

Updated insurance policies from the U.S. Department of Agriculture will be available to any farmer who reports less than $100,000 of revenue per year; in addition to providing crop coverage, the insurance also aims to lessen the paperwork required for farmers, which can be a burden on smaller operations that provide food on a local as opposed to national scale. This year USDA's Risk Management Agency also expanded coverage for organic and aquaculture farmers under the Whole Farm Revenue Protection program. Head to Modern Farmer for more details.

Diet soda may prompt food cravings, especially in women and people with obesity

A new study adds to the evidence that drinks made with alternative sweetener sucralose stimulate the appetite, at least for some demographics. Researchers found that women and people with obesity had greater brain reward activity and ate more food after consuming sucralose-sweetened drinks compared to when they drank regular sugar-sweetened beverages. NPR notes that what this study boils down to is that artificial sweeteners could be priming the brains of people with obesity to crave high-calorie foods, and therefore may not be helpful over the long term for those seeking weight loss.