[email protected]: Everything wrong with the functional beverage boom | Bayer plans for Roundup litigation claims rising by $4.5B 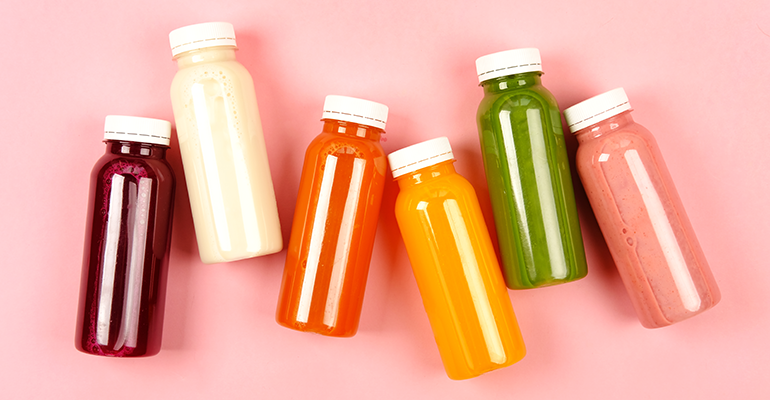 How Big Beverage poured empty promises down our throats

The beverage industry is rife with wellness buzzwords, but commotion around ingredients such as CBD or nootropics is abated by the fact that much of the time consumers have no idea how these ingredients should make them feel or what results to expect. As an expert interviewed by Vox puts it, today's beverage shoppers are swayed by mainly by pretty packaging and ultimately meaningless marketing jargon. Why is it so hard for us to consume RTD beverages simply for the sheer pleasure of the act, rather than using them to signal allegiance to a certain lifestyle or convince ourselves that we working toward something better?

Bayer plans for Roundup litigation claims rising by $4.5B

Bayer sees expenses from lawsuits accusing its Roundup weedkiller of causing cancer potentially rising by $4.5 billion—significantly more than it had previously planned for. The company will set aside the additional funds to cover Roundup claims in its next quarterly financial report, company executives said Thursday. The new provisions would raise Bayer’s funds earmarked for the claims to more than $16 billion from the $11.6 billion the company had previously said it would pay to resolve the cases. To date, the federal Environmental Protection Agency maintains that Roundup isn’t a public health risk, but Bayer plans to begin removing glyphosate from Roundup that is sold to American consumers in 2023. The Wall Street Journal reports.

A freshly released index draws attention to the spending left undisclosed by major food and agricultural corporations. It ranks the world’s 10 largest food producers’ based on their level of disclosure across four categories of spending: electioneering, lobbying, charitable donations, and the funding of scientific research. Tyson Foods is one of the worst offenders, disclosing next to nothing about its political spending. This kind of inadequate spending disclosure enables corporations to take public positions concerning the social good, while quietly financing opposing interests, which ultimately makes for risky investments. Civil Eats reports.

The Phillipines has approved a genetically modified short-grain rice that contains beta-carotene. The GMO rice was first developed in 1999 but has faced myriad roadblocks to market, much like other GMO plants and animals. Proponents say that this golden rice is a potentially life-saving creation because it can deliver around 50% of the daily recommended allotment of vitamin A in a single cup of rice. Supporters include the Bill and Melinda Gates Foundation, which has funded research into the GMO grain. The tides could be turning for GMO fare. Modern Farmer has the scoop.

Private capital is working overtime to disrupt farming with synthetic biology, but more analysis is needed with regard to the many possibilities of cellular agriculture. What could this novel food technology, with the right policies and investments, make possible for consumers, workers, animals and the environment? If cellular agriculture is going to improve upon the system it is displacing, then it needs to grow in a way that doesn’t externalize the real costs of production on to workers, consumers and the environment. The Guardian delves into this multifaceted issue.