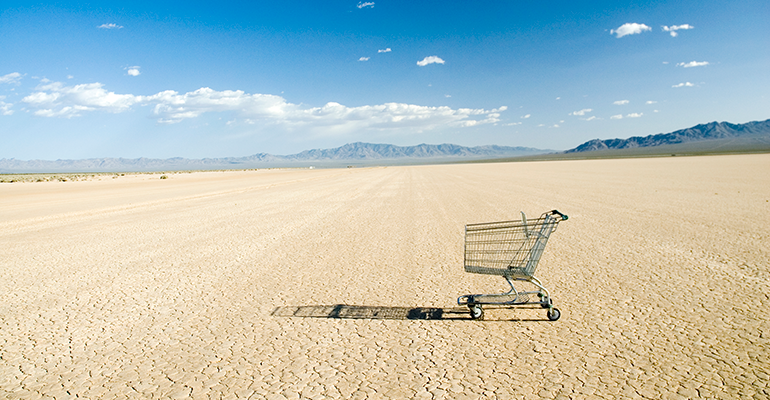 Water scarcity in California is worsening, and small farmers are getting the short end of the stick because the state's $3.14 billion water infrastructure and drought relief package doesn't provide emergency funds specifically for them. However, there is currently a window of opportunity to address the gap, as $731 million remains to be allocated for specific activities within budget negotiations that will be finalized by Sept. 10. Supporting small farmers is beneficial because their success is tied to other aspects of California’s regional food systems—its locally sourced restaurants, grocery stores and farmers’ markets, for instance. Civil Eats has the details.

Apeel raises $250M to accelerate its fight against food waste

Apeel, best known for its shelf-life-extension technology for produce, has raised a $250 million Series E round of funding led by Temasek. The company’s food-safe powder coating was developed to cover pieces of produce, such as avocados, and act as a barrier against water and oxygen, which are major contributors to rot. Apeel will use the new funding in part to expand the availability of its coating product to additional parts of the U.S., U.K., and Europe. The company currently works with 40 retailers and 30 suppliers throughout eight different countries. The Spoon reports.

Organic producers and handlers can now apply for U.S. Department of Agriculture funds to assist with the cost of receiving or maintaining organic certification; applications for the Organic Certification Cost Share Program are due Nov. 1, 2021. “USDA is here to help all producers, including those who grow our nation’s organic food and fiber. Many farmers have told us that cost was a barrier to their ability to get an organic certification,” said Zach Ducheneaux, administrator of USDA’s Farm Service Agency. “By assisting with the costs, this program can help organic farmers get their certification along with the benefits that come with it.” Learn more at The Fence Post.

If the planet’s temperature rises 2 degrees higher than pre-industrial levels—at the Paris Agreement’s target—droughts will happen every four years. And if the temperature increases to 4 degrees, it will likely happen every 2.4 years. This was just one dystopic finding among many in the the newly released United Nations report, which largely does not bode well for food production. And seeing how hard hit farmers in certain regions are now by drought (see the story on California's small farmers above), the near-doubling of them will be nothing short of catastrophic or career-ending. The Counter visualizes the data.

In 2016, California became the first state in the country to require local jurisdictions to compost their organic waste—SB 1383 aims to reduce organic waste disposal 75% by 2025. The law also requires that by January 2022 all cities and counties in California need to establish a plan to compost the organic waste going into trash cans. It requires little-to-no extra work on the part of consumers, and because organic waste makes up 56% of what we currently send to landfills diverting it is going to have a huge impact on landfill sizes, KRCW notes.