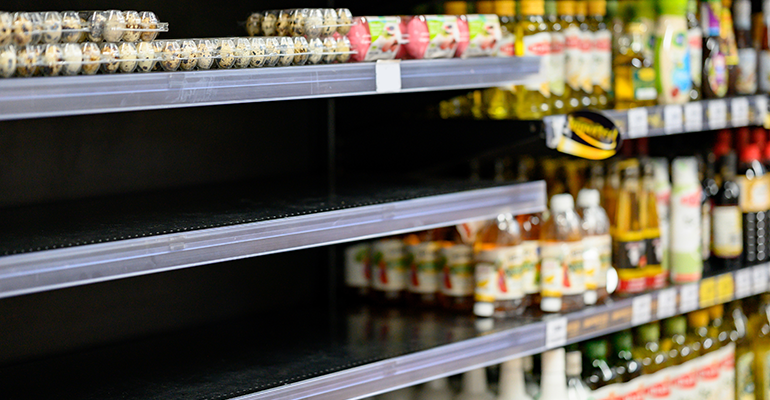 The Federal Trade Commission (FTC) has ordered nine large grocery retailers, distributors and manufacturers to provide detailed information to help the agency address national supply-chain disruptions that have led to empty shelves and higher prices for consumers. It is doing so with the aim of finding out more about their impact on the U.S. economy, including whether disruptions are driving specific bottlenecks, shortfalls, anticompetitive practices or consumer price hikes. Supermarket News has the scoop.

Where is the water going?

Farmers in the heart of California’s agricultural belt, a region that has been terrorized by dwindling water resources for years, have noticed a disturbing trend that state and county agencies are doing nothing to solve. Water supplies are leaving Kings County at a highly unusual rate, and the fact that river and groundwater in the state is notoriously hard to track hasn't made matters easier. Less surface water forces growers to pay for deeper wells or additional water supplies, and if they can't afford to do so (and many can't) they'll have to shut operations down entirely. Learn more at The Counter.

What the heck is causing the plant-based meat slowdown?

The nascent plant-based meat market is showing signs of slowed growth, which has investors worried. This article from The Spoon posits some potential reasons for this unexpected turn of events, the first being that the novelty factor of plant-based meat has begun to dissipate. Additionally, not enough consumers have made the big switch to a plant-based lifestyle to sustain the high volume of sales that stemmed from the category's newness, and many shoppers ate out more in the latter half of 2021 rather than buying plant-based meat ingredients to cook at home. Lastly, the meat industry's counter-messaging that conventional meat is healthier and more "natural" could be working.

The $4 billion in direct debt relief payments authorized in the American Rescue Plan to support Black farmers is being hampered by multiple lawsuits from white farmers who have the aim of preventing the USDA from distributing those payments; this could have widespread negative consequences for any government efforts aimed at addressing historic inequities, per Civil Eats. What happens in court will not only determine whether many Black farmers are plunged further into debt, but it will also send a message that could affect how they interact with the USDA’s other well-intentioned efforts in the future.

The deep and twisted roots of the American yam

The American yam has a complicated and painful racial history. Imprisoned West Africans ate yams (technically it's a different species than the sweet potato that is more akin to a Russett potato) on slave ships and most likely brought the word itself to the Americas. The yam was an important pillar of African-American cooking and Southern foodways, although it was traditionally eschewed by white Americans as inferior prior to the 1930s. By the 1970s and 1980s, recipes for candied yams dishes were circulating in popular publications, and the sweet potato was canonized as a holiday staple. The Ringer delves into its history of reinvention and racial theft.