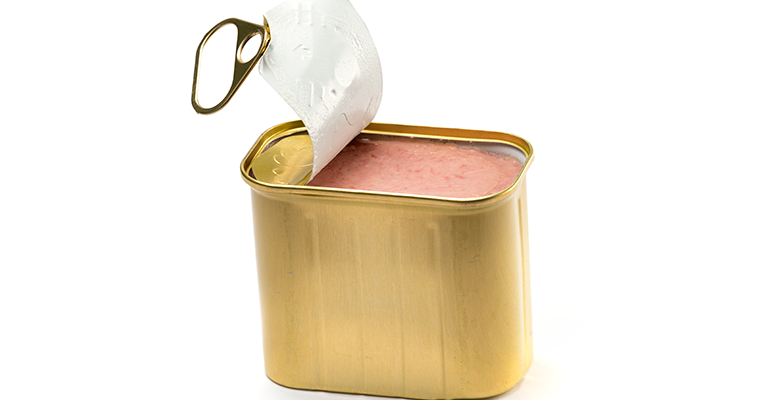 Better Meat Co., a supplier of mycoprotein and plant-based protein ingredients, recently struck a deal with Hormel, most well known as the creator of canned meat product SPAM. The two companies will work together to create new products using the former's novel mycoprotein. Rhiza, as it's called, is made “via a potato-based fermentation pioneered by The Better Meat Co., and is an all-natural whole food mycoprotein with a remarkable meat-like texture. Boasting more protein than eggs and more iron than beef, Rhiza offers a new generation of sustainable animal-free protein for the burgeoning alternative meat market.” The Spoon has more details.

Starting Monday, Oct. 11, Burger King customers in Des Moines, Iowa, Boston and Miami can get their hands on Impossible Foods' meat-free chicken nuggets at the fast-food chain. Eater writes that the bar for chicken nugget substitutes is pretty low, but, then again, your average conventional frozen nugget isn't exactly an amazing culinary experience either. And this isn't just a play for the environment or cutting down on animal cruelty: Pandemic-era supply chain issues and labor shortages have pushed up the price of chicken and other meat, incentivizing major food businesses to invest in these food tech-driven alternative meat options.

Toxic work environments, poor pay and difficult customers: These are just three of many reasons employees at chain stores, restaurants and butcheries across the country quit their jobs in 2021. The $15 federal minimum wage movement is stagnant, alongside paid sick leave policy, despite a change in presidential leadership and a deadly pandemic. Additionally, COVID-19 safety protocols are still up to individual businesses to mandate, meaning workers' health and lives have gone largely unprotected in wide swaths of the country. The Counter delves into individual stories.

While Senator Cory Booker was governor of Newark, the plethora of diet-related illnesses, particularly among children, moved him to closely monitor federal agricultural policy. Federal subsidies for crops such as corn allowed giant food companies to profitably flood areas including Newark with cheap and ultraprocessed fare. “The federal government was telling [Newark’s] children to eat healthy food, but they were doing nothing to make it accessible,” he said. “So that when children walk into a bodega, a Twinkie product is cheaper than an apple—and that Happy Meal that parents buy does not reflect the true cost to our environment to our health, to future generations," Booker told Mother Jones. This is, unfortunately, a common story in low-income regions nationwide.