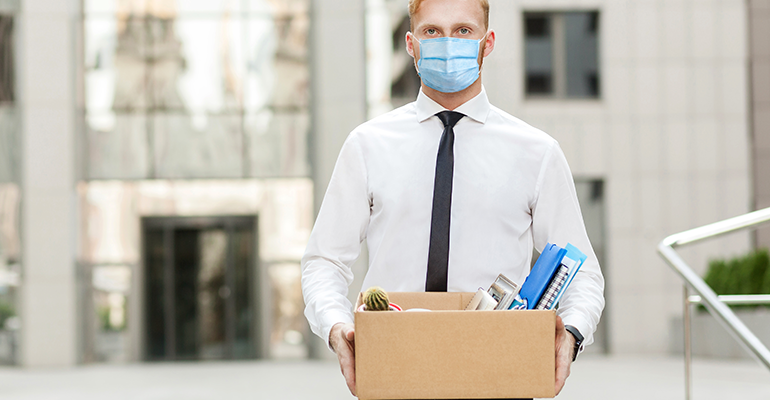 US employers' next challenge: handling the 'Great Resignation' wave

A recent survey reveals that 54% of Gen Z workers, who make up 41% of the global workforce, are considering quitting their jobs as they emerge from the pandemic; other research indicates that at least 25% of workers in general are planning on resigning. Experts say there are many reasons for this, including burnout, company downsizing, childcare needs and the fact that skilled and qualified workers have more choices now and aren't going to stay put in a position where they feel underappreciated. The Food Institute has the full story.

A new peer-reviewed study shows toxic per- and polyfluoroalkyl substances are widespread in cosmetics produced by major brands in both the U.S. and Canada. The products that most frequently contain high levels of fluorine include waterproof mascara (82% of brands tested), foundations (63%) and liquid lipstick (62%). PFAS chemicals are linked at certain levels to cancer, birth defects, liver disease, thyroid disease, decreased immunity, hormone disruption and a range of other health problems. Learn more at The Guardian.

Caffeine intake in the morning and afternoon does not impair nighttime sleep structure, study finds

Caffeine may be less disruptive than we thought when it comes to deep sleep. PsyPost delves into the results of a study wherein participants who took caffeine pills three times per day did not suffer from worse sleep quality than participants who refrained from caffeine completely or those who were taking the caffeine pills and then given a placebo. “If we consume caffeine regularly during daytime, this might not necessarily dampen sleep pressure or the depth of sleep. The brain most likely tries to adapt to the daily presence of the stimulant,” said one researcher.

Apple struggles in push to make healthcare its greatest legacy

Apple's attempts to broadly disrupt the healthcare sector aren't gaining traction, according to The Wall Street Journal. As consumers become more accustomed to the idea of wearable tech, the company had planned for users' smartwatch data to link with virtual and in-person care provided by Apple doctors to both improve people’s health and lower costs. This effort continues today, but has struggled to emerge from its preliminary stages since its 2016 inception. Data integrity, of course, also remains a top concern among Apple customers and critics.

The Food and Drug Administration now believes that the peach salmonella outbreak last year came from pathogen-carrying dust blown in from nearby cattle and poultry operations. The agency referred to these aerial particles as “fugitive dust” and hypothesized that microscopic salmonella bacteria may have hitched a ride on them. Notably, however, FDA was unable to find the original salmonella strain on the farms linked to last year’s contaminated peaches, despite having taken over 700 samples from fruit, tree leaves, and the surrounding environment. Get the lowdown at The Counter.