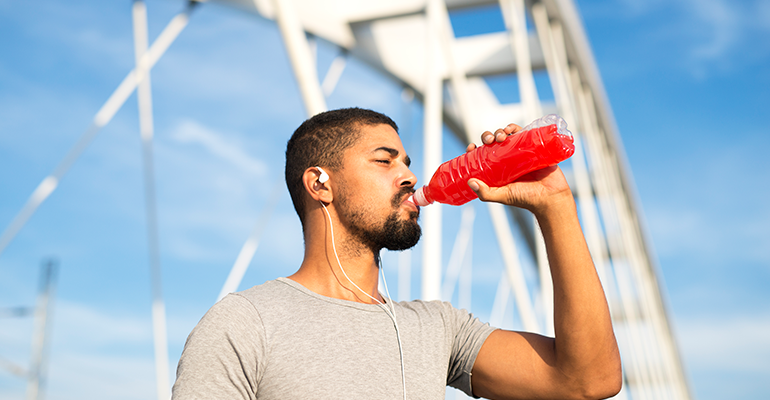 Sports and energy drinks ascending thanks to health-conscious consumers

Sales of sports drinks were up 14.3% on a dollar basis to almost $5 billion in the 52 weeks ended Aug. 8, 2021, while energy drinks were up 20.3% to $4.9 billion, compared to 7.7% growth for the overall beverage category, according sources reported on by The Food Institute. This is likely because younger, more health-conscious consumers are looking to sports drinks as an alternative to soda or plain water–especially as brands have moved to become synonymous with fast-growing sports that have a strong appeal to young consumers (think skateboarding, parkour/free running and e-sports).

The market for plant-based meat is skyrocketing–it's expected grow to $23.4 billion by 2024–with companies including Beyond Meat and Impossible Foods leading the way stateside. Unfortunately, experts also project that plant-based meat products could remain more expensive for anywhere from five to 20 years; this CNBC article explains that meat substitutes and alternatives will continue to cost more than animal meat products for the most part because of pandemic-related supply chain issues, higher costs of ingredients and higher costs of production.

This Amazon Fresh store is only blocks from a Whole Foods. Why?

The latest Amazon Fresh store in Washington, D.C., is curiously close to Amazon's other brick-and-mortar grocery venture, Whole Foods Market. The reasoning behind this, posits Retail Dive, is that the two stores cater to two vastly different customers. The technology-driven Amazon Fresh concept is going after mainstream grocery, which is a way different (and bigger) market than the natural and organic sector and will serve shoppers looking for a casual in-and-out experience with smaller basket sizes. A recent visitor to the store did note a high number of out-of-stocks at the new location.

US food suppliers are having trouble keeping shelves stocked

Speaking of out-of-stocks, some of the largest U.S. food distributors are reporting difficulties in fulfilling orders as a lack of workers weighs on the supply chain. An analysis from DecaData, which tracks retailer transactions with shoppers and manufacturers, shows that retailers are bumping up against manufacturer capacity as they stockpile ahead of the holiday season. The analysis also shows that last month the incidence of suppliers limiting or putting a cap on orders from customers was more than double what it was in January. Yahoo! Business has the scoop.

‘It’s a miracle crop’: Meet the pioneers pushing the powers of seaweed

Alaska and Maine are currently the leading seaweed producers in the U.S. because it's legal in both states. Meanwhile, hopeful growers in New York are losing yet another season as they await a law change that allows for the harvest of seaweed. The sooner that can get done the better: Sugar kelp offers scientists a potent tool to address issues with climate change because of its impressive carbon-absorbing ability. Also, unless the kelp is harvested and used, it will disintegrate in the summer sun and release the carbon and nitrogen it has absorbed from the ocean back into the water. Learn more at The Guardian.