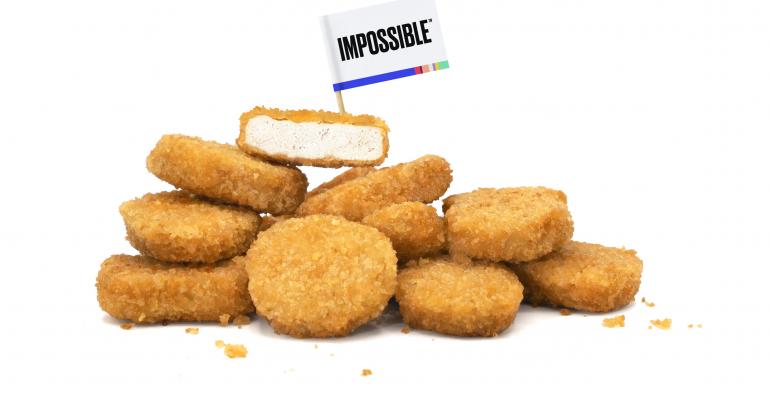 Impossible Foods launched its meatless chicken nuggets in restaurants this week, and also announced plans to bring the new offering to supermarkets by the end of the month. In the last decade, chicken has overtaken beef as Americans’ top meat choice, making it a target for companies that are looking to replace or reduce consumption of animal meat. The Impossible Chicken Nuggets will help the company catch up to rival Beyond Meat, which launched chicken tenders in U.S. restaurants this July, more than two years after discontinuing its original chicken alternative. Notably, CNBC points out that the product is free from heme, an ingredient that some might say is the company's signature ingredient.

Twenty livestock companies are responsible for emitting more greenhouse gases than Germany, Britain or France–and they are receiving billions of dollars in financial backing to do so, a recent investigation by environmental campaigners has uncoverd. Raising livestock contributes significantly to carbon emissions, and animal agriculture accounts for 14.5% of the world’s greenhouse gas emissions. Scientific reports have found that rich countries need huge reductions in meat and dairy consumption to tackle the climate emergency; this is largely because three-quarters of all agricultural land around the world is currently used to raise animals or the crops to feed them. The Guardian reports.

Of the approximately 7,300 U.S. stores opened, or planned to open in 2020 and 2021, 43% are dollar stores, according to Coresight Research. The pandemic has ushered in an influx of new shoppers, including those who had previously been able to buy in larger quantities at big-box chains. Executives at Dollar General say they began seeing a rise in new customers last March when most of the country began shutting down. The chain's newest shoppers tend to skew younger, have higher incomes and are more ethnically diverse, a spokeswoman told The Food Institute. Dollar stores are likely to see even more of a sales and earnings boost thanks to the Biden administration’s plan to hike food stamp benefits.

Members of today's booming alternative meat industry know that the volatile compounds released by cooking raw hamburger are pretty difficult to source from plant-based alternatives. Enter a new study of which veggie burgers smell closest to their meaty counterparts, which examined eight popular brands of plant-based burgers and evaluated the aromas using five descriptors: meaty, fatty, buttery, sweet and roasted. The researchers determined that cooked burgers from Beyond Meat most closely match the odor profile of real hamburger, but they also noted the smell was "significantly different" from real cooked meat. Dive into the details at Treehugger.

Millions of Americans don’t have drinkable water. Can the infrastructure bill fix that?

A $1 trillion bipartisan proposal, which passed the Senate on Aug. 10 and is waiting on a vote in the House, includes about $48 billion in new spending for drinking water and wastewater projects. In many areas of the U.S., this is long overdue: their infrastructure systems have been outdated for years. This is why issues such as water main breaks have become more common, contributing to stoppages in service and cracks that make it easier for contaminants to get into the water. Federal funding for water infrastructure has also sharply dipped since the 1970s, forcing states and localities to try to cover these gaps. Learn more at Vox.