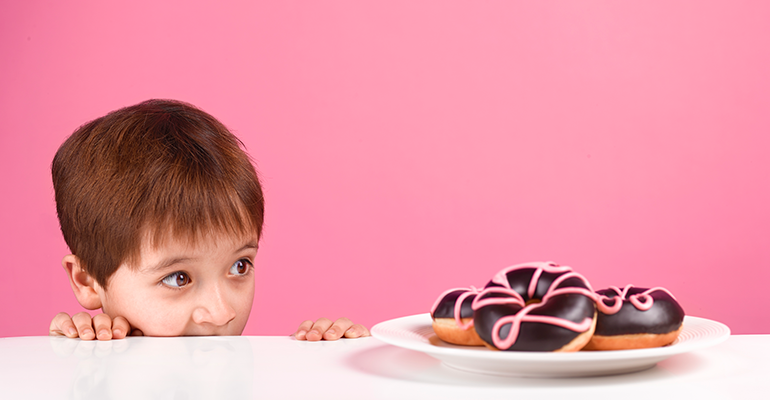 The latest generation marketers are courting? Gen Alpha and their millennial parents

Marketers are increasingly turning their attention to Generation Alpha (they're the kids born after Gen Z) in addition to their millennial parents. Generation Alpha, or virtually anyone born in or after 2010, is expected to grow up in a world in which direct-to-consumer brands are abundant and social media is shoppable. Their parents have extremely high standards with regard to product attributes such as ethical sourcing, organic ingredients and brand transparency. The digital side of things has to be up to millennial standards as well, with brands pressured to provide effortless digital experiences and ultra-fast shipping times. The Food Institute has the lowdown.

Children and teens gained weight at an alarming rate during the pandemic, CDC says

As a group, American children and teenagers have seen a significant increase in weight gain since the COVID-19 pandemic began, with the biggest jumps occurring in younger school-aged children and those who were already prone to obesity, according to a new study by the Centers for Disease Control and Prevention. The study's authors noted that "school closures, disrupted routines, increased stress, and less opportunity for physical activity and proper nutrition" were likely key factors behind this unfortunate finding. Even children who had a healthy weight prior to the pandemic saw their annual rate of weight gain increase by 2 pounds, from 3.4 pounds to 5.4 pounds. NPR reports.

For several decades, the term “food desert” has been used to describe neighborhoods where nutrient-dense food options are scarce; the term originated in Scotland in the 1990s when a task force concerned with nutrition inequality coined the phrase. Here in the U.S., disparities in food access—which impact more than 39 million people, according to 2017 estimates—are often correlated with low income and communities of color, leading to disparities in diet-related health outcomes including obesity and diabetes. This is why some critics argue that the term is downright inaccurate because deserts are naturally occurring ecosystems, but food deserts are created with intentionality by public policy and economic practices. Learn more at The Counter.

Walmart has a plan to tackle the climate crisis. Can it pull it off?

Walmart has declared its mission to tackle its enormously negative climate impact, which means focusing on every part of the chain–from the electricity sourced in its stores to the palm oil in the candy bars sold on its shelves. It's somewhat of an uphill task for the retail giant, whose entire business model is based on providing tens of millions of low-priced products to a growing number of customers. The big question will be whether this type of business model can persist in a way that aligns with climate science, said Simon Fischweicher, head of corporations and supply chains for environmental nonprofit CDP North America, said to The Guardian.

Over 1,000 Hello Fresh factory workers in California have organized with UNITE HERE, a labor union representing workers in the hotel, food service, manufacturing, and other industries, and have filed a petition with the NLRB to authorize a vote by workers at a factory in Aurora, Colorado; workers at a factory in Richmond, California, are also organizing. If they vote to unionize, it would be the first union in the meal kit industry. A petition from HelloFresh workers to the company alleges that while it “profited from the pandemic, employees faced disrespect, a COVID-19 outbreak, and preventable injuries,” says. Workers said that the pressure to keep production in the face of explosive growth has been detrimental to their wellbeing, according to Eater.