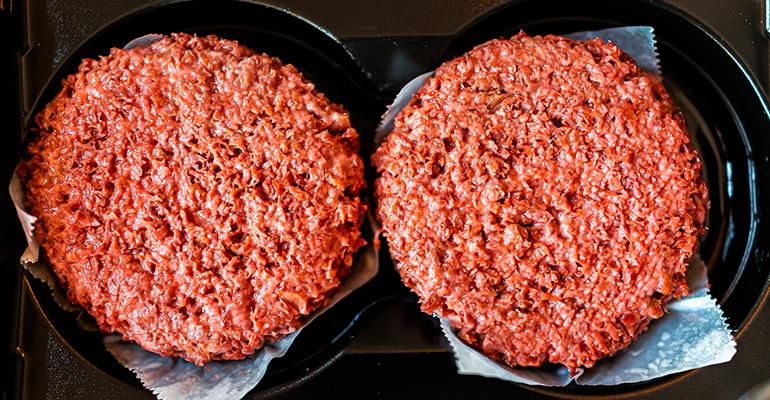 A recent study revealed that a significant number of vegan- and vegetarian-friendly alternative meat products have “excessive” levels of salt compared to their conventional meat counterparts. Independent delves into the research, which further diminishes the health halo plant-based meat products have enjoyed since their inception. This and other findings could prompt some of the leading companies in this space to lean more on the environmentally friendly angle of their products rather than talking up their health claims.

Beyond Impossible: The sanitarium and World War II past of meat substitutes

Despite all the hype around plant-based meat, consumers continue to increase their consumption of industrially farmed conventional meat. This podcast out of Eater discusses why necessity as a result of a lack of food resources will be the main driver of plant-based meat moving forward, as well as the decades-old origins of today's fake meat products. For example, during World War II, meat rations forced cooks to get clever and creative with products including Spam, which include some meat and a ton of filler ingredients. The original blended meat, if you will!

The biotech startup that became an FBI target

Have you heard of uBiome? Per The Wall Street Journal, the leaders of this biotech startup were charged with defrauding investors and insurers in a multimillion dollar scheme, and the government has deemed them fugitives as a result. The company was one of many startups offering users a way to explore their gut microbiome in a way that could lead to better health and weight loss. But unlike other startups, uBiome executives used various illicit methods to secure healthcare provider orders for its clinical gut test and clinical vaginal test, including by having its chief medical officer review test requests from customers and endeavoring to build a network of healthcare providers external to uBiome.

Coffee has a larger carbon footprint per kilogram than fish, poultry or pork; at the farming stage, it’s one of the top seven agricultural drivers of global deforestation. This is why Danish biotech startup Kaffe Bueno is giving used coffee grounds a second life as food, nutraceutical and personal care ingredients. Kaffe Bueno partners with a transportation service that collects spent coffee grounds from commercial and industrial businesses. Via a fractionation process, those spent grounds get broken down into different compounds. The Spoon notes that so far the company has produced an oil that can be used as a flavoring agent and preservative as well as a gluten-free “coffee flour.”

It's been hard over the last few months to avoid inflation hysteria in the natural products world and everywhere else. Nobody likes price increases of any kind, but this Mother Jones article explains that some price increases are far worse for working families than others. Thus, it doesn't fully make sense to suck demand out of the entire economy through higher interest rates. Household and transportation costs are the ones to target here; retailers would have to almost double their prices to generate the same hit to a household balance sheet caused by a 10% jump in rent.