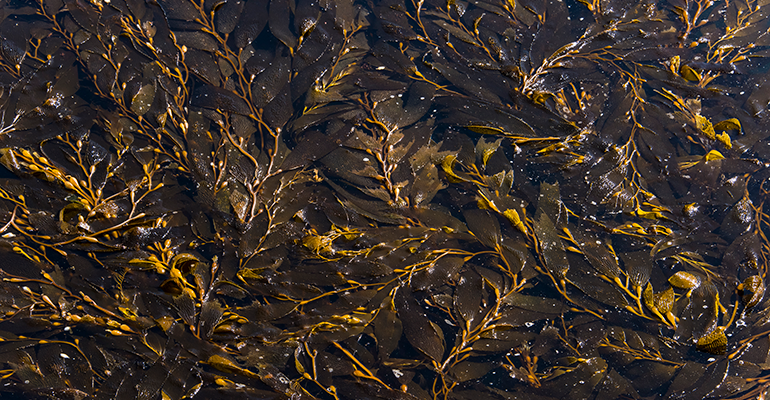 The week, an industry group that represents about 95% of the entire meat industry in the United States and Canada made a pledge to reduce greenhouse gas emissions "in line with the Paris Agreement goals." But what does that really mean, and will it have enough of an impact to mitigate the industry's enormous role in climate change? The greenhouse gas emissions targets will be set by the Science Based Targets Initiative and all members of the group will (allegedly) hit these forthcoming targets by 2030. Modern Farmer reports.

Did you know that the commercial cultivation of kelp has thus far been illegal in Long Island, New York? Well, a new bill (aptly called the "Kelp Bill") recently added seaweed to an existing statute that allows shellfish farming in the Peconic and Gardiners Bays. Kelp is not only a nutrient dense superfood, but it also sequesters carbon and nitrogen in greater quantities than forests do. Kelp meal can also be used as an alternative to synthetic fertilizers, which are one of the main polluters of U.S. waterways. Learn more at Sustainable Brands.

The National Retail Federation, The Food Industry Association and the National Association of Convenience Stores are among 11 trade groups suing the federal government to suspend a COVID-19 vaccine mandate for employers recently proposed by the Occupational Safety and Health Administration (OSHA). Supermarket News writes that the groups claim the “immediately effective” mandate, announced Nov. 4, is too sudden and being applied to employers unfairly and will cause “irreparable harm” to their companies, especially amid unstable economic conditions and the upcoming holiday season.

Organ meat, more often referred to as "offal," makes most U.S. consumers squeamish. But this Eater article notes that prior USDA research that eventually led to bans on selling lungs across the country was misguided and is now outdated; the fungal spores, pollen and dust they deemed unworthy for human consumption are no different from what's found under a microscope in our own lungs. This isn't surprising; people around the world enjoy organ meat in dishes such as sweetbreads and stews, and it definitely plays into consumers' growing interest in eco-friendly diets and reducing food waste.

Today's huge distillers are largely separated from the farms they source their raw ingredients from, representing an opportunity among the growing number of shoppers looking for farm-to-table brands and operations to support. Of course, small-scale craft distilleries have the flexibility and nimbleness to begin reducing their environmental impacts right away and are at the forefront of the burgeoning grain-to-glass spirits revolution. Civil Eats interviews the author of "A Good Drink: In Pursuit of Sustainable Spirits" and finds that many distillers are cripplingly dependent on commodity crops such as yellow dent field corn that hinder biodiversity in addition to being genetically modified.