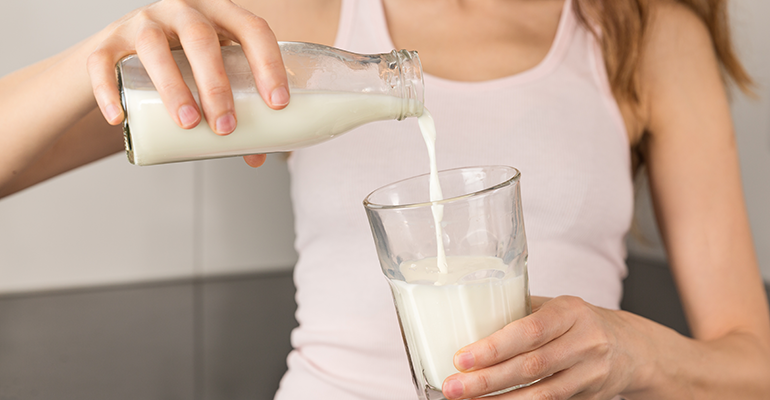 In 2022, molecular farming startups will move toward commercialization of animal-free proteins

In the food industry, molecular farming is one route to producing the animal proteins that give egg, dairy, and meat products their visual, taste, and functional properties; this process can help producers avoid some of the costly and tricky problems of growing proteins in traditional bioreactors. The Spoon writes that one potential concern for regulators as they scrutinize this type of farming process will be the possibility of gene flow from modified crops to related plants, although some startups have implemented contained vertical farming systems to mitigate that.

Plastic jugs and containers have been the bane of sustainable dairies' existences in recent years, because switching to glass or other materials has proven to be very difficult in the beverage space. The dairy industry’s pursuit of new packaging also reflects the ongoing debate about whether society’s focus should be on inventing and refining disposable single-use packaging that is compostable or biodegradable or on improving recycling and reinforcing a circular economy that continues to rely on plastic. Per Civil Eats, the most sustainable option on the market right now is actually lightweight plastic packages; cose on its heels is aluminum.

As the U.S. economy this year came roaring back from lockdowns in 2020, low and middle-income Americans felt the sharpest hunger pangs. Ironically, hunger has persisted for many even though the vast sums of government money deployed in the crisis helped lift nearly 12 million Americans out of poverty, according to Reuters. And as U.S. emergency aid expires, political will to renew food aid is in question. Federal statistics regarding bounceback from this are bleak; for instance, hunger rates did not return to levels seen prior to the 2008 Great Recession until 2019.

More than 100 concerned scientists on Monday called on Congress in a letter to take action against unsustainable and harmful fishing practices. They argue that illegal fishing and human rights abuses such as forced labor are inherently connected, because unsustainable fishing practices, which push vessels further out to sea for longer periods of time, come at a high price. And they're optimistic: recently surveyed Americans overwhelmingly support policies mitigating illegal fishing and human rights abuses in the seafood industry. Learn more at The Hill.

What Google's top trending food searches signal for the industry

And the most-Googled food search in 2021 was... the TikTok feta pasta! Here, The Food Institute delves into nine more trending food searches revealed by Google, which include bacon jam, crockpot chicken, baked oats and cicada (yep, you read that right). The list is simply more evidence that social media is having an enormous impact on the food industry, and also that consumers are increasingly willing to try out novel globally inspired flavors and ingredients.