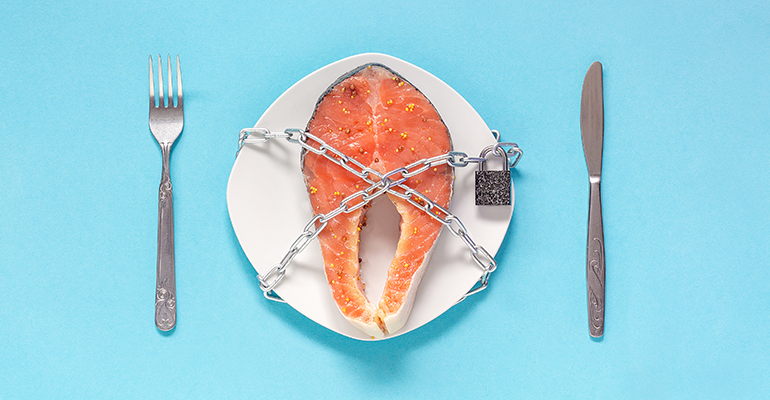 Is too much seafood bad for you? New study challenges mercury link

There is very little correlation between a person’s seafood consumption and their blood mercury levels, a groundbreaking study shows. Scientists also found no correlation between high blood mercury levels and cardiovascular disease-related mortality. The study is based on a trove of biobank data involving 17,294 participants in total. Inverse reports.

Impact of food inflation especially apparent in rural US

Data shows that Americans with less education and those living in rural areas are being hit hard by food infation, per The Food Institute. Rural Americans have seen their spending power drop 5.2% on an annualized basis, compared with 3.5% for urban households. One reason for this is that these consumers typically spend more money on food, energy, cars and household furnishings, which have all been disproportionately affected by inflation.

President Biden's team appears to be banking on soil’s ability to remove heat-trapping carbon emissions from the atmosphere, but emerging research suggests that farming practices including antibiotic use could thwart those plans. This is because the use of common antibiotics in livestock production could cause soil to release more carbon than it already does. The Counter has the scoop.

Despite pledge, US still wastes more than a third of its food

More than one-third of food produced in the United States is thrown out, according to a report from the U.S. Environmental Protection Agency, which said the nation is falling far short of a 2015 goal to reduce that waste by half by 2030. Reuters writes that food waste represents billions of dollars in lost value and poses a climate threat because much of the waste is placed in landfills where it generates the greenhouse gas methane.

Would you drink purified wastewater? While farmers have been hesitant to incorporate it into their operations, more consumers than experts predicted are OK with drinking so-called reused water, as Phys.org notes. But that is all dependent on whether or not there is a high level of trust in governmental agencies related to environmental control and quality, and this could be easier to foster in EU countries than in the U.S.