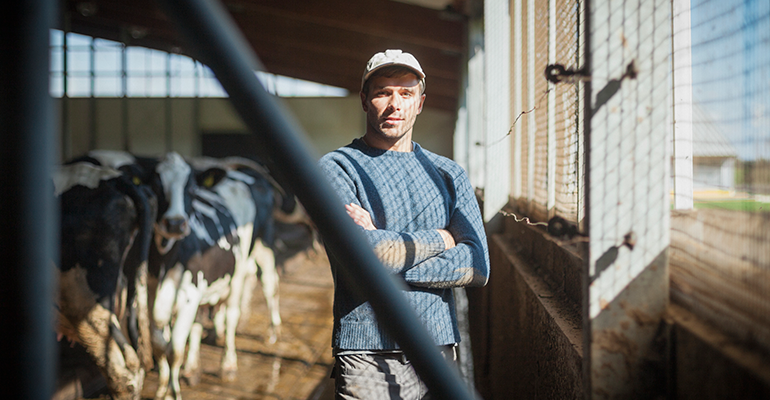 Small farms vanish every day in America’s dairyland: ‘There ain’t no future in dairy’

Wisconsin lost 10% of its dairy farms in 2019, the most significant single-year drop yet, and has lost approximately 44% of its dairy farms over the last 10 years. But then why isn't there less milk on the market? Concentrated animal feeding operations with hundreds and occasionally thousands of cows are replacing—and edging out—smaller producers. The Guardian follows one dairy farmer in Monroe, Wisconsin, as he auctions off his dairy herd after inheriting it from his father 32 years ago.

Major CPG companies including Unilever and General Mills are projecting price increases as a result of higher costs for ingredients, packaging and transportation. This doesn't necessarily translate to shoppers, however—General Mills executives stated that the company will use “strategic revenue management, both list pricing, price pack optimization, trade optimization, all of those things to yield us enough to cover our inflation expectations." Mondelez has also found a creative way to save money through eliminating 25% of its less-popular snacks. Food Institute reports.

There's no need to panic over the steady decline of online grocery sales in 2021, according to The Spoon. More households are simply using store pickup over home delivery, which means retailers should put more resources toward adding and improving curbside pickup options for customers. And this won't happen overnight: Operational plans need to be put into place as to how the customer orders, who does the order packing, where that order is staged before pickup and who takes it out to the car. But the overall trend remains consistent, with e-commerce a far more integrated part of today's shoppers' lives than it was pre-pandemic.

Leaving crop leftovers to decompose on the ground helps produce fungi that can trap carbon in the soil four times longer than if the ground is cleared away, which means unkempt farm fields could help fight climate change. This finding, reported by Anthropocene Magazine, follows earlier research showing that even though global soils have been touted as one of our planet’s major and most essential carbon stores, they may actually be storing substantially less carbon than we’d always believed. Fungi for the win!

Pigs of all varieties can be found everywhere on the globe, but a new study indicates that wild pigs are responsible for emitting an equivalent amount of carbon dioxide into the atmosphere as millions of gas-powered cars. Researchers inputted the results of a 15-year-long study that measured the soil disturbance of wild pigs and a study that looked at 700 different samples of hog habitats and into a model that combine those two factors to get this shocking result. Disturbing soil, which this species has essentially evolved to do, can release that stored carbon dioxide. Modern Farmer has the details.