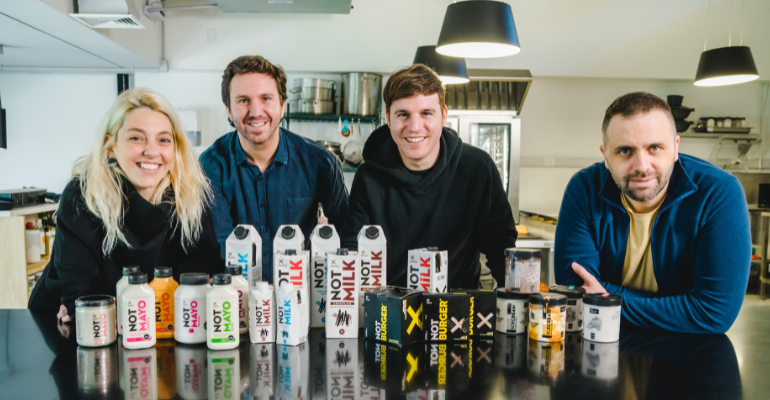 Food technology company NotCo has announced a $235 million Series D round that gives it a $1.5 billion valuation. The company currently offers customers four product lines: NotMilk, NotBurger and NotMeat, NoticeCream and NotMayo. This move further illustrates the rising demand for alternative proteins—Tech Crunch notes that the market for alternative meat, eggs, dairy and seafood products is predicted to reach $290 billion by 2035. NotCo is somewhat unique in this space thanks to its use of its A.I. technology that analyzes the properties of thousands of plants in a database and then creates unique combinations with the goal of replicating animal ingredients.

Agri-business corporations are trying to save the environment. Or are they?

Greenwashing is often used as a cover-up for corporations to hide their other, more destructive practices while misleading customers into thinking they're making the eco-friendly choice by engaging with the business. When you can't quantify things like overall ecological integrity or social responsibility, companies that hit certain metrics can get away with labelling themselves as organic or regenerative without actually having a net-positive impact on the environment. One potential solution that is surprisingly lacking right now? Strengthened government policies that ensure agri-businesses aren't taking advantage of well-meaning shoppers. Modern Farmer delves into the issue.

In a landmark effort to regulate dangerous "forever chemicals" in drinking water, California's environmental health officials are recommending goals of one part per trillion or less—an amount that is 70 times smaller than the federal government’s current guideline for drinking water nationwide. State officials will seek public comments and outside scientific review of the proposed “public health goals” before they are finalized, which could take at least a year, according to a spokesperson for the state Office of Environmental Health Hazard Assessment. The Counter reports.

Small and midsize businesses employ nearly half of all U.S. workers, and they will play a huge role in helping the country meet net-zero targets set by the Paris Agreement. But they also face roadblocks as a result of their lack of resources; for instance, most small-to-midsize enterprises (SMEs) don't own their facilities or, in some cases, pay their own energy bills, making efficiency upgrades difficult. They are also less likely to hire staff whose job it is specifically to reduce the company's carbon footprint. However, a small but growing library of resources is aimed at helping smaller companies get to that point, including Moody's ESG Score Predictor and the SME Climate Hub. GreenBiz has more details.

Why salad bars may become a thing of the past

Many grocers have no plans to reopen their salad bars anytime soon following long-term COVID-19 shutdowns, despite being less cautious when it comes to hot food buffets. Some experts suggest that the convenience and reduced risks associated with pre-packaged food will continue to play a key role for consumers, especially as the Delta variant affects those already vaccinated. Others argue that the safeness of any given buffet depends on how well it is maintained, and there should be less stigma associated with the self-serve salad model. Read more at The Food Institute.